EVERY year around 78,000 people in the UK die from smoking, with many more living with debilitating smoking-related cancers.

Experts have called for more measures to help bring down smoking rates.

According to a new study, 61 per cent of cancer cases a year – which are linked to deprivation – could have been prevented if people gave up smoking.

Experts from the UK and France found that cancer was generally 17 per cent higher among the most deprived compared to the richest.

The study, published in PLOS ONE, also found that a staggering 21 per cent of cancers among the most deprived fifth of Brits were caused by smoking. 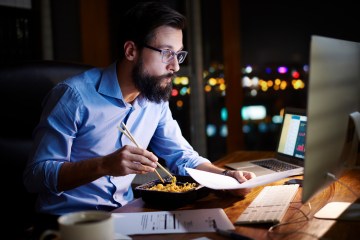 Eating after a certain time can increase cancer risk by 25%, scientists warn 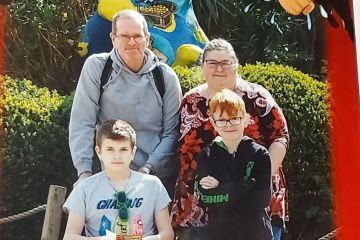 I found out my son, 11, has terminal cancer during routine eye test

Meanwhile, only 9.7 per cent of cancers among the richest Brits could be attributed to smoking.

This has prompted experts to call for more measures to help bring down smoking rates – especially in more deprived areas.

If no one smoked, researchers estimated that 61 per cent of smoking related cancers could be prevented.

And if everybody smoked as little as the richest people, there would be over 5,000 fewer deprivation-linked cancer cases diagnosed a year.

Your bedtime and DREAMS can predict your dementia risk, scientists say

Why am I ALWAYS cold? The 7 health problems that could be to blame

DR WILL SEE YOU NOW

I'll end 8am 'scramble' to get a GP appointment, vows Therese Coffey

That would mean 16,000 cases of cancer among Brits could be avoided.

Researchers have called for greater investment in stop smoking services, which they say could save the NHS billions.

According to public health charity Action on Smoking and Health (ASH), the habit currently costs the NHS around £2.4bn each year and a further £1.2bn in social care costs

Lead study author Nick Payne from Cancer Research UK said: “This study is the first of its kind to quantitively assess the contribution of smoking to deprivation-associated cancer incidence in England.

“The findings help to confirm that smoking is the key driver of cancer incidence inequalities in England, therefore policy measures should continue to bring down smoking prevalence with a specific focus on the most deprived populations.”

As part of the study researchers looked at the incidence of the disease linked to smoking between 2013 and 2017.

They then cross-referenced these figures with the prevalence of smoking between 2003 and 2007.

According to ASH, smoking is far more common among people with lower incomes.

The charity said this is because in deprived areas people are more likely to experience stress, boredom and a lack of support – something smokers need in order to quit.

Previously, experts revealed there is such a thing as third-hand smoke, which can cause serious complications.

This could be smoke that lingers on your clothes and your household items, such as bedding and sofas.

The difference between second and third-hand smoke is that you’re more likely to inhale chemicals from surfaces and items, rather than directly from cigarettes.

Even if you have never smoked, you can still get lung cancer.

Today24.pro
Zac Efron Was Never The Same After Playing Ted Bundy 7 MUST-DO Biceps Exercises for Bigger Arms 7 Perfect Pear Recipes from Savory to Sweet I waited 8 months to film this for You