We’ve got two weeks of data relating to NFL offenses and the quarterbacks who run them. Let’s overreact.

This limited sample size creates an interesting, if not especially accurate, baseline for QB performance as the 2022 regular season rolls forward. While the league’s best and worst quarterbacks have been obvious, it can be difficult separating the up-and-down play of veterans like Aaron Rodgers and Tom Brady or emerging passers like Kyler Murray from a deep pool of players.

Here’s how we’re going to try; by using the league’s advanced stats metrics to better understand who has brought the most value to the position through Week 2. We’ll use numbers to separate these gunslingers into tiers in hopes of better understanding where each team stands.

The data for these tiers comes from the NFL’s Next Gen Stats model but is provided by The Athletic’s Ben Baldwin and his increasingly useful and informative RBSDM.com. Using expected points added (EPA, the value a quarterback adds on any given play compared to the average NFL result) along with completion percentage over expected (CPOE, the percent of his passes that are caught that aren’t expected to be in typical NFL situations) gives us a scatter plot of 33 quarterbacks (minimum 32 plays, thus excluding Jimmy Garoppolo) that looks like this: 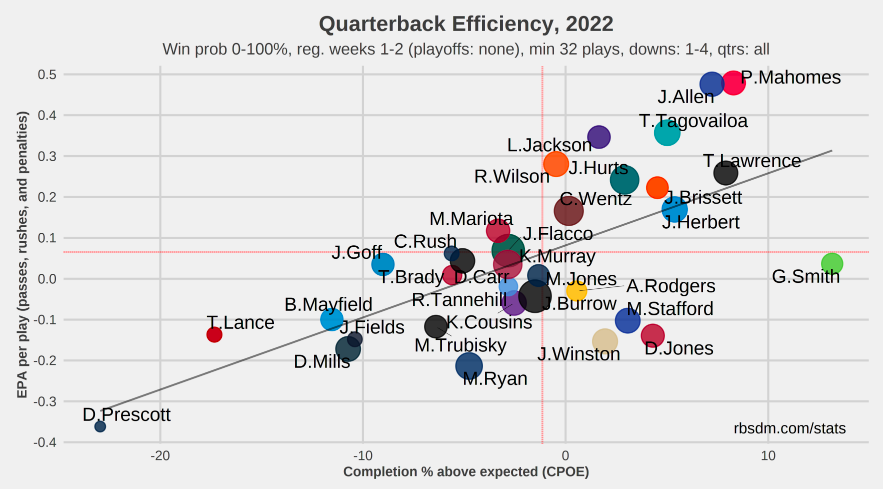 A place in the top right means you’re above average in both EPA and CPOE. A place in the bottom left suggests things have gone horribly wrong.

We can break those results into tier to get a better understanding of who sits where in the early season pecking order. 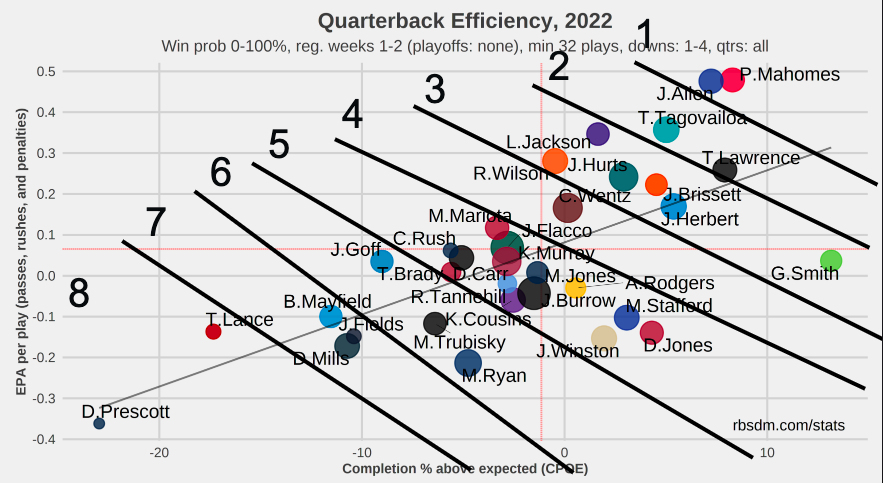 via RBSDM.com and the author

OK, let’s start at the top.

How teacher picked me for handshake with Queen Elizabeth – Centenarian