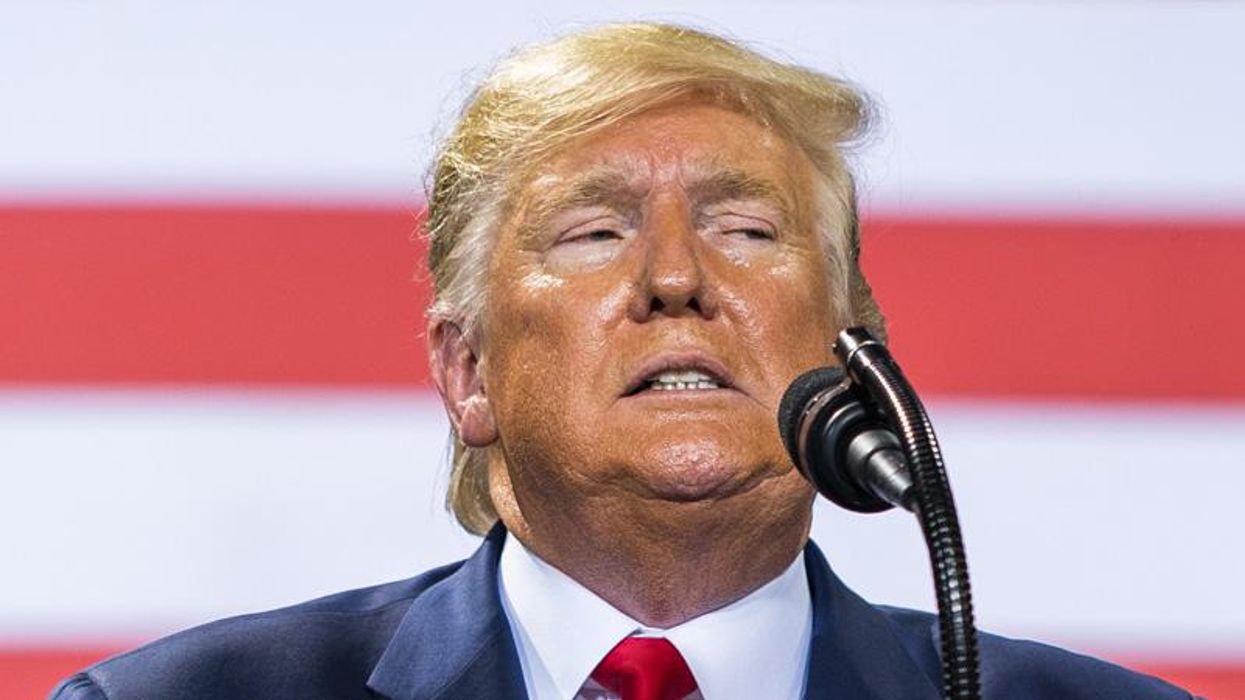 The New York attorney general on Wednesday accused Donald Trump and his family members of lying to lenders and insurers about assets under the real estate holdings of the Trump Organization.

Letitia James said that with the help of his children and others at the Trump organization, the former president gave fraudulent statements of his net worth "to obtain and satisfy loans, get insurance benefits, and pay lower taxes."

IN OTHER NEWS: 'A sham built on lies': CNN's John King delivers blunt summary of NY AG's accusations against Trump

He also said that Trump has tried to settle with New York, but the attorney general rebuffed him. "She really holds all the cards at this point. Trumps can't go to trial. They will need to appeal to her sense of tempered justice."

"We have to assume that the odds of Trump's going to jail, as satisfying as it would be to many Americans, are far smaller than the odds of a criminal conviction. What that means is this potentially ruinous civil action—coupled with criminal referral to the feds—counts as a killer blow," he also said.

"The New York AG has a lot of leverage in this lawsuit because Trump (and his son Eric) took the Fifth hundreds of times," said former U.S. Attorney Renato Mariotti. "That was smart to do, but it means they’re screwed in this civil case. A jury would likely be instructed to presume their answers would have hurt Trump."

Main Street Law's Tristan Snell noted, "Just the very fact that Trump *could* be barred from taking on any new loans might have the result of him not being able to get any new loans."

Already Trump was dealing with banks that were uncomfortable lending to him, forcing him to seek out financial support from Deutsche Bank.

James' office requested that the former president pay at least $250 million in penalties, and that his family be banned from running businesses in the state.

She also urged that Trump along with his children Donald Trump Jr, Eric Trump and Ivanka Trump be barred from purchasing property in the state for five years.

"The NY AG case could trigger a credit crisis for Trump, forcing him to sell properties to get cash, rather than relying on more debt," said Snell.

"Someone is setting an all-time record for one man's involvement in civil suits, criminal investigations and other pending legal matters," added former ethics czar Richard Painter, who served for George W. Bush's administration.

There were many examples of inflated assets from New York to Florida, but there was a question about other assets that may not have been included.

"But did you include the $450 million of classified information in the basement?" joked former FBI official Pete Strzok, having the last laugh.