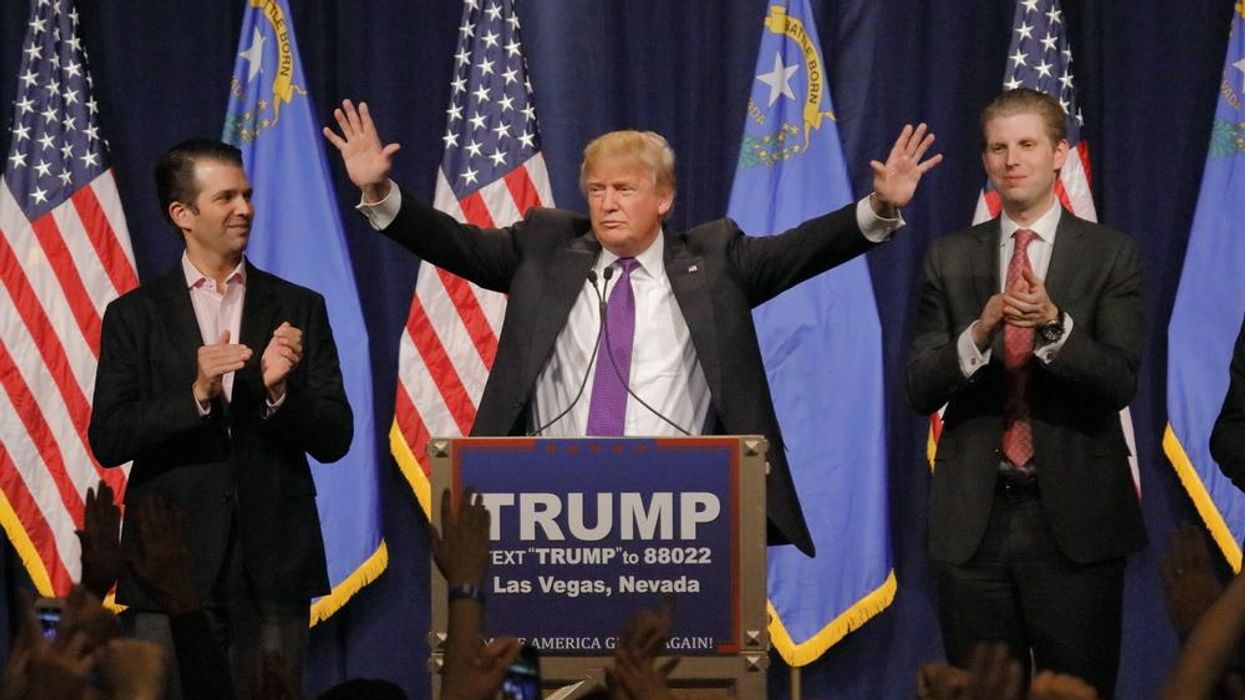 Former President Donald Trump is in hot legal water yet again, as New York State Attorney General Letitia James has sued Trump, along with his family members and the Trump Organization, for financial fraud and misrepresentation. Trump's legal team is already hitting back, though, claiming that the lawsuit was an "unchecked abuse of authority."

The more than 200-page lawsuit, filed by James on Wednesday, accuses Trump and three of his children, Eric Trump, Ivanka Trump, and Donald Trump Jr., of grossly inflating the values of his businesses, including his hotels, resorts, golf clubs, and more. The lawsuit alleges that the former president deceived numerous financial parties, including lenders, accountants, and tax authorities.

James went on to allege that both criminal and state laws may have been broken. She is seeking $250 million in restitution, and is also looking to bar Trump and his organization from ever again owning businesses in New York state.

In a statement sent to Fox News, though, Trump's attorney, Alina Habba, claimed that the lawsuit had no merit.

IN OTHER NEWS: 'A sham built on lies': CNN's John King delivers blunt summary of NY AG's accusations against Trump

"Today’s filing is neither focused on the facts nor the law – rather, it is solely focused on advancing the Attorney General’s political agenda," Habba said. "It is abundantly clear that the Attorney General’s Office has exceeded its statutory authority by prying into transactions where absolutely no wrongdoing has taken place. We are confident that our judicial system will not stand for this unchecked abuse of authority, and we look forward to defending our client against each and every one of the Attorney General’s meritless claims."

James' lawsuit comes following a three-year investigation that saw her gather evidence against the former president. This includes the allegation that Trump lied over 200 times about the value of his assets, with the lawsuit saying that he made “scores of fraudulent, false, and misleading representations” over a 10-year period.

“The financial statements in question were issued annually; each contained a significant number of fraudulent, false, and misleading representations about a great many of the Trump Organization’s assets; and most played a role in particular transactions with financial institutions,” the lawsuit said.

James' office further went on to claim that they had evidence of the Trump Organization using phony numbers to obtain tax write-offs. According to the lawsuit, this resulted in a massive tax fraud scheme that lasted years. In a related lawsuit, the Trump Organization's former CFO, Allen Weisselberg, pleaded guilty in August to enabling this scheme for over 15 years. Weisselberg was also named in today's lawsuit.

While Trump and his team have previously called James' investigation a witch hunt, the former president did recently sit down with her team for a deposition. However, he refused to talk under oath, and reportedly invoked his Fifth Amendment right against self-incrimination more than 440 times, meaning that he likely did not answer a single question.

Aaron Rodgers Knows Packers Can’t Keep Playing Like They Did Vs. Patriots