APPLE is tweaking the iPhone’s new battery symbol with a slightly slicker design.

It follows Apple fan complaints over the fact that the battery icon didn’t deplete as it drained.

The iOS 16 battery indicator symbol doesn’t deplete as the battery drains – although the percentage does drain – but this will change in iOS 16.1[/caption]

The new icon – introduced this month with iOS 16 – finally added a number to represent battery percentage.

This was a long-requested feature, but some iPhone users weren’t entirely happy.

Currently the battery icon appears full right down until below 20% – no matter what the number percentage says.

Now a new version of the battery symbol depletes as it’s drained, as spotted by MacRumors. 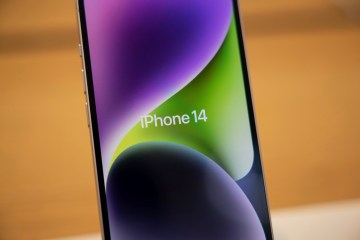 Can't afford the new iPhone 14? Now you can RENT one for a 'cheap' price

But the feature was scrapped for Face ID phone models due to a lack of space alongside the “notch” at the top of the display.

Now in the new iOS 16.1 update, these models will get the new battery indicator.

And the battery icon will swap to the newer version that sees the bar deplete as charge drains.

The iOS 16.1 update is currently in beta testing, and will likely land on iPhones more generally in the next few weeks.

Here’s a list of all the iOS 16 supported devices:

If you don’t know which iPhone model you have, you can check by going into Settings > General > About and looking at Model Name.

And you can see if you can get (or already have) iOS 16 by going to Settings > General > Software Update.