COUNTDOWN has announced a special weekend show in a ‘confusing’ Channel 4 schedule shake-up.

The popular show usually airs at 2.10pm Monday to Friday on Channel 4.

However, The Queen’s funeral on Monday disrupted the scheduling for most stations, and meant Countdown didn’t air that day.

Instead, Monday’s episode aired Tuesday and so on, meaning the channel now has to air Friday’s episode on Saturday.

Host Colin Murray explained the disruption to viewers on Twitter on Tuesday, writing: “@C4Countdown is back at 2.10pm! 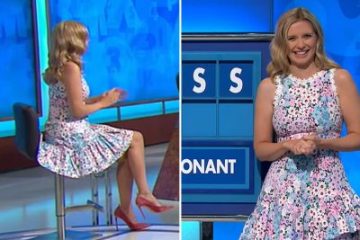 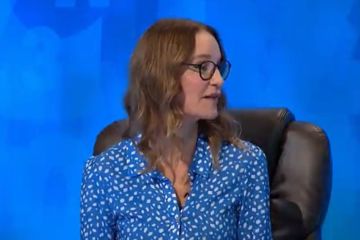 “For obvious reasons, we’re out of sync this week, so Mondays show is todays, with a bonus Saturday show!

“Confusing, but it’ll still make sense in any language!”

One Countdown fan wrote: “I know the C4 scheduling & other networks have shuffled around in the past few days, but will this be the first time in @C4Countdown history that a new episode has aired on a Saturday?”

But another replied: “No. In the Des Lynam era in Spring 2006, Countdown and Deal or No Deal were given an extra Saturday slot (for about 8 weeks I think?) due to increased ratings.

“The next Saturday Countdown would be in 2019 because of live Formula 1 occupying a Friday.”

A third tweeted: “Yeah this week’s episodes are Tue-Sat because of yesterday’s funeral. I wasn’t sure this morning but got it confirmed. Definitely on tomorrow!”

Meanwhile a fourth shared: “I am watching Saturdays show on catch up on all 4 it’s the first Saturday show since des o connor host in 2007 repeat of the 25th anniversary.”

Countdown airs weekdays at 2.10pm on Channel 4, with Saturday’s episode airing at 2.35pm.

Today24.pro
How to Get MICROSOFT OFFICE for FREE in 2022! Sweet Potato Souffl The 31 most stunning photos across women's sports from the last month — Tennis, European Championships, and more Trump Claims He Declassified Documents Using Special Powers!