A LUCKY dad scooped a huge lottery jackpot after making a last-minute decision to buy a scratchcard instead of cigarettes.

Dursun Kocyigit, 49, has already made plans for his windfall after bagging almost £100,000 in Turkey.

Dursun Kocyigit, 49, bought a scratchcard instead of cigarettes[/caption] He scooped the jackpot of almost £100k[/caption]

Dad-of-two Kocyigit popped into a shop in the city of Tokat to buy a pack of cigarettes, but with the last £1.45 he had in his pocket he picked up a scrachcard instead.

To his is shocked, he uncovered a whopping £96,200 (2million TRY) jackpot and asked the worker to confirm his win.

After realising there was no mistake, Kocyigit celebrated and started planning what to splash his cash on. 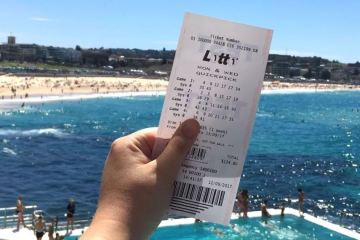 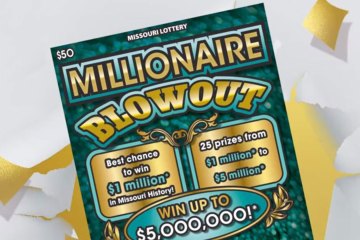 “I immediately ran to the buffet clerk. We both couldn’t believe it.”

The chuffed dad said that he plans to use the money to start a business.

He said: “I will start a business for my son, buy him a car and pay for his wedding. I will do my duty as a father.”

It comes after a struggling mum bagged £23million on the lottery after making an eerie prediction just hours earlier.

The lucky ticketholder won the entire division one on the Powerball draw, earning her the “life-changing” sum.

The woman, from Snowtown, South Australia, explained she had experienced a “tough few months” before the win.

She told how shortly before she received the extraordinary news, she had spookily predicted that her luck may change.

The mum had been on the phone with a pal when they discussed what she would do with the whopping windfall if her numbers came up.

But despite their coincidental chat, she still “definitely didn’t expect” to bag the jackpot after buying a 50-game QuickPick ticket online.

Meanwhile a man won the jackpot after he found a leftover ticket in his car’s cupholder.

And this man scooped £4million on the lottery – but decided not to share his winnings with his family, despite them being in debt.

But this lotto winner touchingly split her prize with the cashier who sold her the winning ticket.

Republicans rally behind Herschel Walker after report he paid for abortion

The stock market likely just bottomed and a 15% rally could take hold into year-end, Fundstrat says