IF you’re hunting for a discount wearable, then Amazon is one of the best places online.

We just spotted a nice little deal on the Fitbit Versa, with the pink model reduced to just £140 in an epic 30% price drop.

This mid-range fitness tracker is ideally for anyone who’s about to embark on a health kick – but doesn’t want to spend in the big bucks on a top-end smartwatch.

We’re not surprised to see the Versa 3 fall in price on Amazon since it’s soon to be supplanted by the Versa 4 (which has an RRP of £199.99).

It might not be a top-end device any more, but the Versa 3 is still a hugely capable piece of tech, and we love that minimal, Apple-esque design.

Right now, the wearables industry is eagerly awaiting the arrival of the all-new Apple Watch 8, which is on sale from Friday (23 September).

But at £419 or £449, Apple’s latest watch is a lot pricier, and we know that plenty of shoppers simply can’t justify the expenditure in these financially difficult times.

And here’s the thing: if fitness is the top of your agenda, you really don’t need to spend several hundred quid on a flagship device like the new Apple Watch.

The Fitbit Versa 3 offers an impressive breadth of features for a relatively low price.

Back in 2018, Sun Selects Editor Joel Watson put this wearable to the test, and as you can read in his Fitbit Versa review, he was hugely impressed, describing it as a ‘solid option’ and one that ‘looks the part’.

The Versa 3 will track your steps, your heartrate, your sleep and even your tennis strokes if you want it to. It’s also got GPS, which means you can leave your phone at home when you go out running.

It can also store up to 300 songs, so you’ll also have that much-needed musical playlist on your run.

There are always dodgy-looking fitness trackers ‘on sale’ on Amazon, but we would always recommend use purchase one from a well-known brand like Fitbit.

The last discount we saw on the brand’s watches was on the Fitbit Sense during the Prime Day sales in July.

Here’s hoping there’ll be more to come as we get closer to Black Friday. 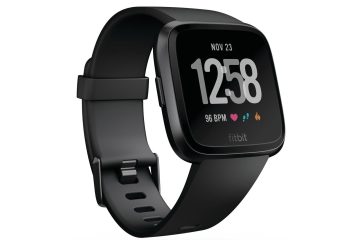 How does the Fitbit Versa stack up against the Blaze and Ionic? 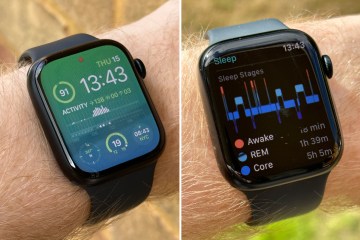 For all the latest price drops on Echos, Kindles, Fire tablets and more, head to our Amazon device deals page.

We’ve got all the latest news on the iPhone 14 and AirPods Pro 2.

Significant breakthrough in Moors Murders after ‘skull of child’ is found