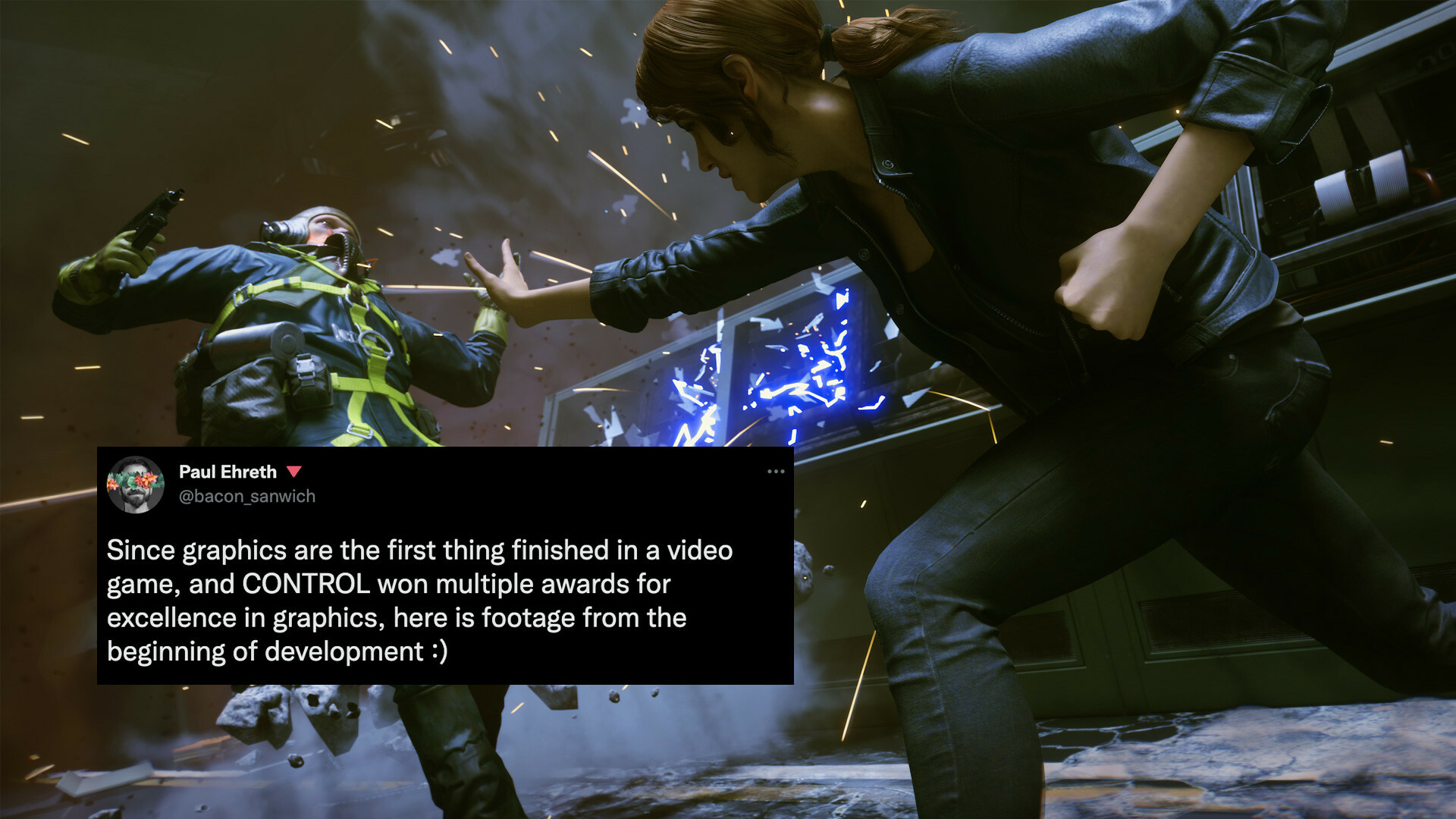 Over the weekend, Grand Theft Auto 6 leaked all over the internet. You may have heard about it.

Dozens of videos popped up on Twitter, YouTube, and various online forums as a leaker (who is allegedly also behind the recent Uber hack) claimed to have the source code for the game. Some "eagle-eyed" viewers noticed something startling about the footage in question: The game didn't look finished. Character models and environments were often lacking in detail and some of the footage took place in gray, empty test levels. Some people online even pointed out that it looked like a PlayStation 2-era game in spots.

It's almost like GTA 6 is years away from coming out or something.

SEE ALSO: Why Xbox and PlayStation bosses are fighting over 'Call of Duty'

Anyway, in response to one particularly ignorant tweet I won't put on blast here (noted on the gaming forum Resetera), lots of game developers started sharing early test footage of popular games to demonstrate that, actually, most games look just like GTA 6 when they're that early in development.

For instance, here's what the fearsome Thunderjaw robot dinosaur from Horizon: Zero Dawn looked like before the game was done.

Yes, what eventually became an intricately detailed mecha-dino with dozens of moving parts started out as a blocky mess.

To further drive the point home, here's what Control, 2019's coolest game, looked like in its infancy.

The main character looks completely different, the enemies lack finer detail, and the sterile office environments that made up that game's setting have no real texture to them. Everything looks like a placeholder because it probably was. Make sure the game works first, make sure it looks good later.

Meanwhile, a more recent release in Cult of the Lamb got the same treatment. It's a fun little game that's like if Animal Crossing was about alternative religion. The developers did us a solid and put together a side-by-side video with an old version on the left and the final, much prettier version on the right.

Even games that aren't out yet are getting the same treatment on Twitter. Rift of the Necrodancer, an upcoming mini-game-based rhythm game, has a yoga sequence in it. The developers were nice enough to share the hilarious prototype version of it, with cut-out photos of real dudes and placeholder voice acting.

Last but not least, another upcoming game showed us what it looked like before everything was tightened up and made super pretty. A Plague Tale: Requiem, slated for release in October, is a stealth game set in southern France during the spread of the black plague. It's a grim premise, but this side-by-side comparison between its prototype and its near-final version shows just how drastically games can change over the course of development.

The lesson here is that you really, really shouldn't judge any video game based on footage that comes out years before its release. GTA6 will probably look amazing whenever it comes out, just like all of its predecessors did in their eras. Graphics are, in fact, not the first thing that gets done in game development.