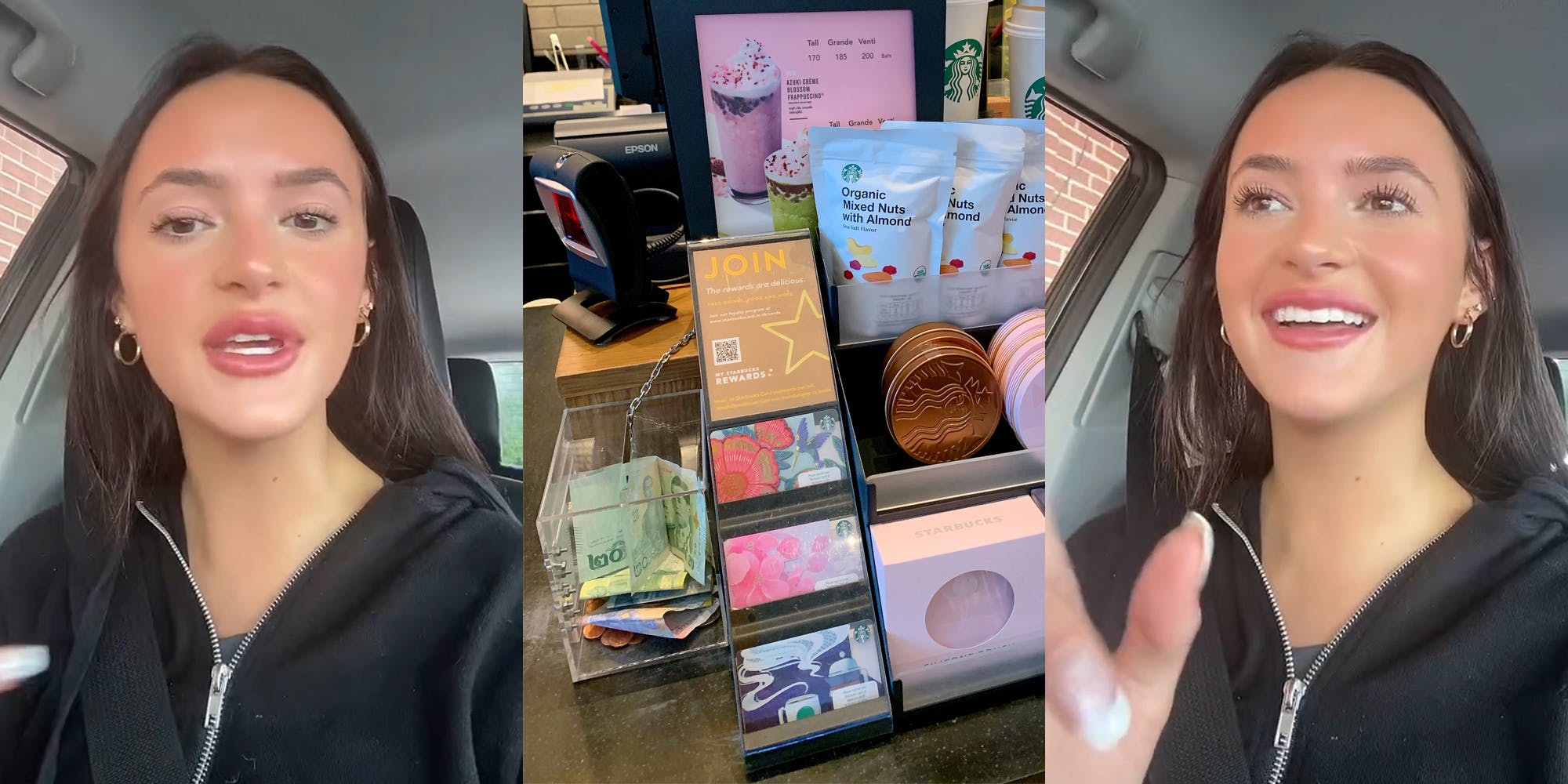 A Starbucks customer claims that an employee at the chain didn’t give her back her change and assumed the leftover cash from their transaction was a tip.

“I literally just had a Starbucks barista tip herself,” says TikToker @recycledboyfriend (Lily Kate Holbert). Her video accumulated over 87,000 views.

In the video, Holbert says she’s been paying for her drinks in cash over the last week. Her logic? “If I pay in cash, then it, like, doesn’t really happen,” she jokes. “The money didn’t actually go away.”

Because she’s been ordering the same drink, though, Holbert claims she always pays the same amount. Holbert also says she typically collects the change she receives back and later turns it in “for actual cash.”

In this particular encounter, however, Holbert says a Starbucks employee didn’t give her back her money.

“I’m waiting for the change because I know it’s supposed to come. .... She just frickin' drops the change into the tip jar,” Holbert says.

The top comment on Holbert’s video, with over 1,600 likes, reads: “You should [have] said something and honestly asked for [the] manager.”

Others encouraged Holbert to specifically ask for her change—and even a receipt—during future transactions.

“You should have def said something! Just nicely be like, ‘Oh, can I get my change please?’ And see what she says,” another comment reads.

A handful of commenters also pointed out that the barista probably meant no harm.

“I’d say there’s like a 95% chance it was an accident and the barista is embarrassed,” one user speculated.

In a follow-up video, Holbert says she temporarily resorted to paying for her drinks in exact change.

The Daily Dot has reached out to Holbert via TikTok and Starbucks by email.

The post ‘She just frickin’ drops the change into the tip jar’: Customer says Starbucks barista tipped herself with her cash appeared first on The Daily Dot.

Today24.pro
Sweet Potato Souffl How to Get MICROSOFT OFFICE for FREE in 2022! How to invest in communications stocks, a sector that's huge, highly diversified, and growing — offering something for almost every type of investor The 31 most stunning photos across women's sports from the last month — Tennis, European Championships, and more