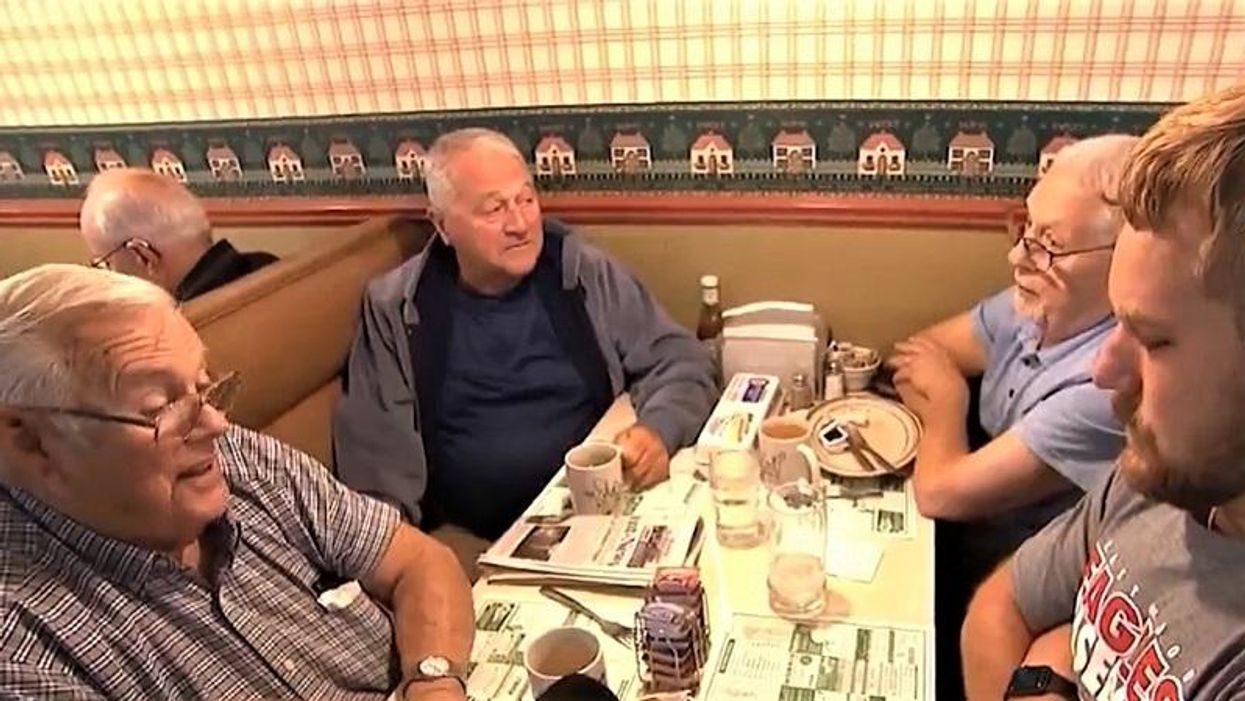 A supporter of former President Donald Trump found himself being confronted by an acquaintance during a CNN interview in an Ohio diner.

CNN went to the diner to take the temperature of voters in a key swing district ahead of the 2022 midterm elections.

During the segment, an Ohio man named Joe Clements told the network that he would be supporting Republican and one-time QAnon promoter J.R. Majewski due to his endorsement from former President Donald Trump.

READ MORE: Trump's special master legal team is 'on its heels' and only has two options left: analyst

However, a man named Steve Santo, who was siting across the table from Clements, didn't have such a favorable opinion about the former president, and he didn't hold back in slamming him over the January 6th Capitol riots.

"He tried to overthrow our government!" Santo said. "That's the bottom line -- and you guys can't see it!"

Santo also said that Majewski's presence at the Jan. 6th "Stop the Steal" rally made him off limits as a congressional candidate.

"I would never vote for him or any of those people who were there on January 6th!" he said.

'He tried to overthrow our government!' Trump supporter confronted in Ohio diner over January 6 www.youtube.com

Today24.pro
How to Get MICROSOFT OFFICE for FREE in 2022! Sweet Potato Souffl How to invest in communications stocks, a sector that's huge, highly diversified, and growing — offering something for almost every type of investor Trump Claims He Declassified Documents Using Special Powers!