BILLIE Faiers’ mum Suzie Wells breaks down in tears as she opens up about a health issue in the new series of The Family Diaries.

In an exclusive clip Suzie opens up to Billie, 32, and a friend about her struggles with menopause and starting HRT.

Speaking in a VT, former Towie star Billie says: “Mum’s going through the menopause at the moment and it’s really affecting her.

“She’s tried HRT patches and some other different medication but nothing seems to be working for her.”

While out to lunch with Billie and her pal, Suzie, 53, says: “[Hot flushes] just come on, it’s horrible. I have sleep deprivation still.”

Fighting back tears, she adds: “I should be on top of the world. I’ve got a beautiful family, new baby…” 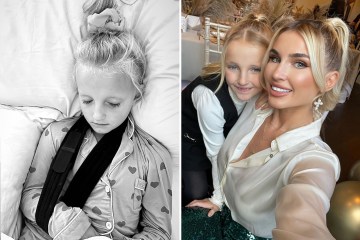 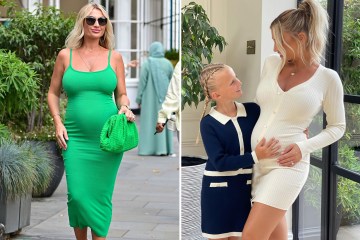 As she comforts her mum, Billie tells her: “I don’t want to see you like this. You’ve got so much to give, so much to live for.”

It comes after Billie and her sister Sam revealed earlier this month they rushed Suzie after a water infection “massively deteriorated” and resulted in life-threatening sepsis.

Talking on their podcast The Sam and Billie Show, they explained: “Our mum wasn’t very well. It started last week, she had a water infection and it got worse and worse which resulted in it going into mum’s kidneys.

“So we took her to A&E because she massively deteriorated.

“She had antibiotics and it wasn’t working. I managed to speak to a doctor and I told him all of her symptoms so he told me to take her to A&E because she needs medical attention.

“Basically the water infection had got so bad that it turned into sepsis.”

Sepsis is a condition always triggered by an infection.

Most often the culprit is an infection we all recognise – pneumonia, urinary infections (UTIs), skin infections, including cellulitis, and infections in the stomach, for example appendicitis.

See the most remote post office in the world, where 4 women will deliver mail and count penguins in Antarctica after beating out 6,000 applicants for the job