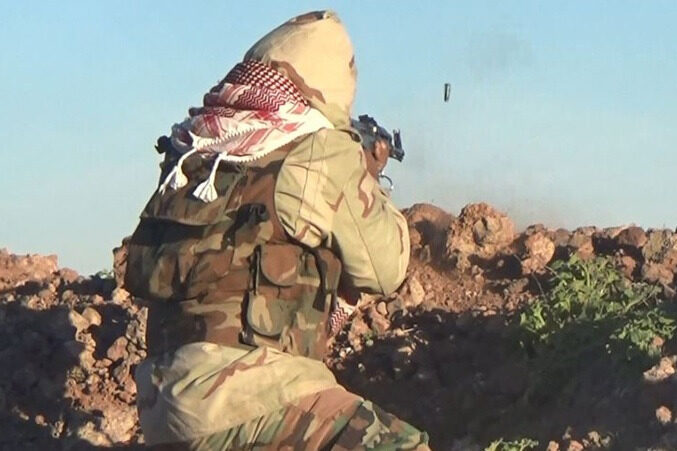 On September 20, six civilians, including four children, and three policemen were wounded as a result of a shooting attack in the southern Syrian governorate of Daraa.

A source in Daraa police force told the state-run Syrian Arab News Agency that the policemen and civilians were wounded when a group of unidentified gunmen opened fire at two buses, one of which was a shuttle bus of the police, near the town of al-Yadudah in the western Daraa countryside.

“The attack, which was carried out with machine guns, targeted the two buses while they were passing in the town of al-Yadudah in the western countryside of Daraa, this resulted in the injury of six civilians and three policemen, who were transferred to the National Hospitals in Daraa city and Tafas,” the unnamed source said.

No group has claimed responsibility for the attack, so far. However, the style of the attack suggests that ISIS was behind it. The terrorist group’s cells in Daraa may have carried out the attack to avenge three of their top leaders who were recently eliminated by the Syrian military and intelligence.

In the last few weeks, several attacks targeted Syrian government forces in Daraa. Between September 12 and 13 only, three attacks on government forces were reported in the governorate’s western and eastern countryside, with two of them resulting in casualties.

Overall, the security situation in Daraa remains poor. Terrorist groups like ISIS and al-Qaeda-affiliated Hay’at Tahrir al-Sham are still active in the governorate, where illegal weapons are easy to obtain.

Syrian government forces stepped up their security operations in Daraa recently. However, more needs to be done to fully secure the governorate.