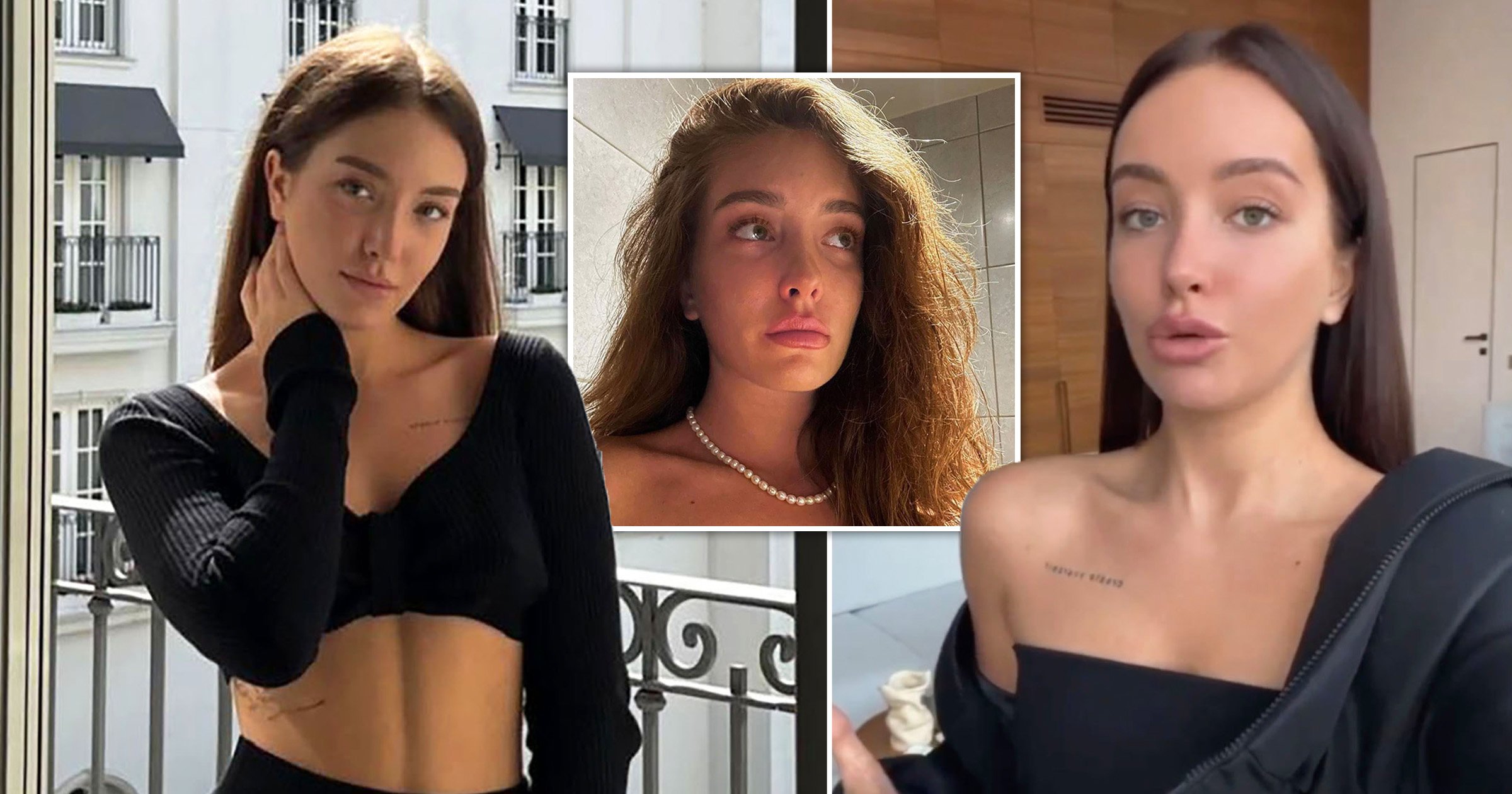 A popular beauty influencer has been threatened with a six-year jail sentence for using Instagram in Russia.

Veronika Loginova, who is 18, has been accused of ‘extremist activity’ despite running a beauty and fashion account.

According to the influencer, two state prosecutors called at her home claiming she ‘stands out too much’.

In a post to her 584,000 followers, the influencer said: ‘This can now happen to anyone in Russia.

‘Any day prosecutors can come to your house. I never touched politics and now I face six years in jail for running an Instagram account.’

Veronika was accused of ‘extremism’ by ‘performing actions to attract users to social networks Facebook and Instagram’.

But she has vowed she will not not using the platform, and wants to spread awareness on how new draconian social media laws are affecting people in Russia.

She said: ‘I am going to get to the bottom of it and to cover it here. Thankfully, I have the support from people who understand that this is not normal.

‘This is totally f****d up, and I want as many people as possible to know about this story.

‘And while we don’t speak about such things, I will still speak.’

A Moscow court banned Instagram and Facebook in March during a crackdown on western social media giants.

Meta, the parent company which owns Facebook and Instagram, was classed as ‘extremist’ in response to the company’s relaxing of hate-speech towards Russian soldiers.

Russia has now created its own version of the app called Rossgram, after the ban left influencers in tears.

However the original Instagram is still regularly used by those in Putin’s circle.

The wife of social media crackdown architect Dmitry Peskov, who is one of Putin’s most prolific spokespeople, is an enthusiastic Instagram user whose posts include her recent trips to Nato countries Greece and Turkey.

A video of her smashing plates in Greece received great attention, which her husband said was posted to show how deeply distressed she is about the war.

Topless photos of defence minister Sergei Shoigu’s daughter Ksenia, 31, have also been shared on Instagram by her lover, Alexey Stolyarov, 32, who regularly uses the app.

Today24.pro
How to invest in communications stocks, a sector that's huge, highly diversified, and growing — offering something for almost every type of investor Trump Claims He Declassified Documents Using Special Powers! The 31 most stunning photos across women's sports from the last month — Tennis, European Championships, and more Sweet Potato Souffl