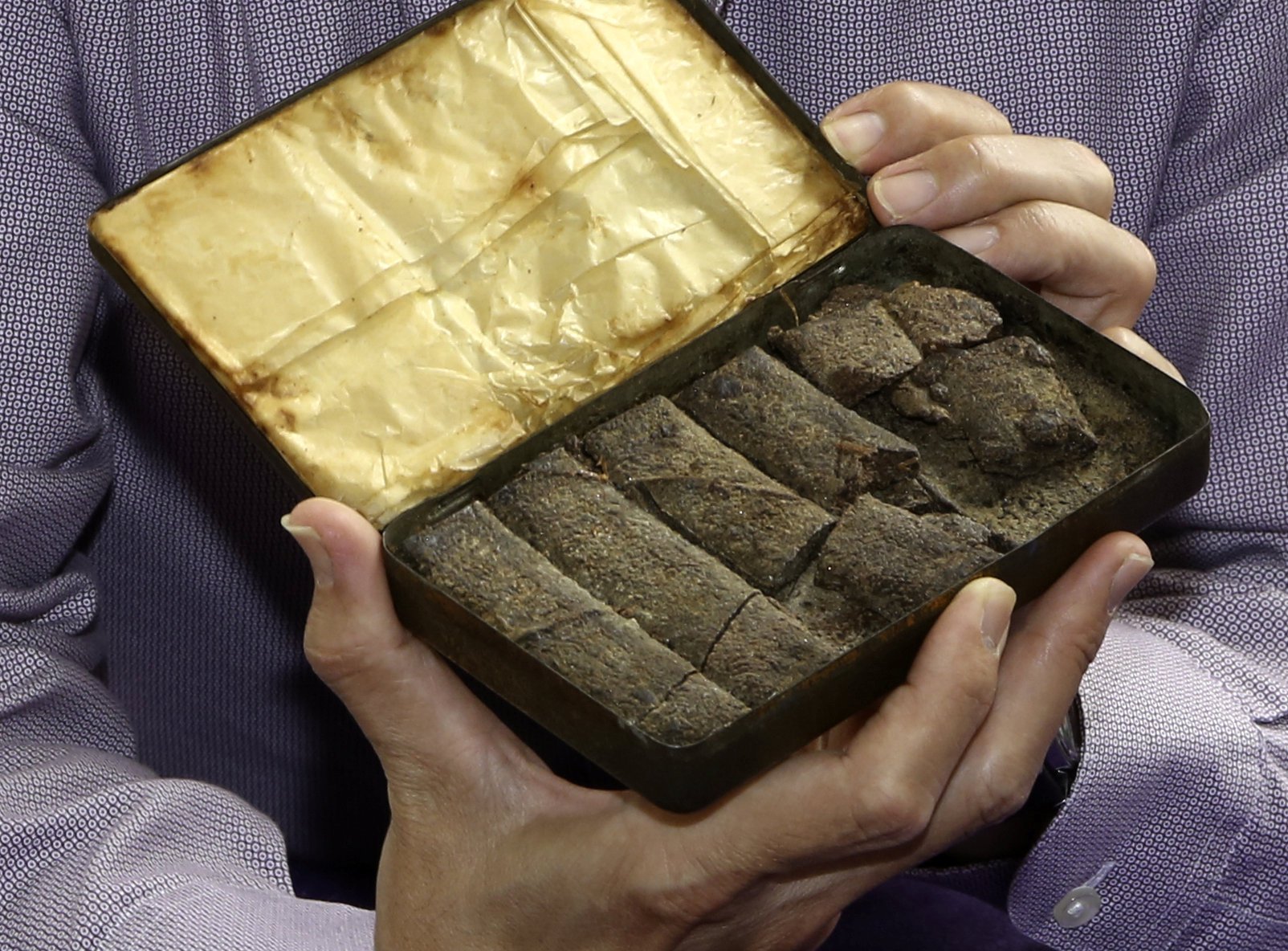 When you think of expensive, old food or drink you’d probably imagine a bottle of well-aged whisky or wine.

But not normally chocolate, which expires after about three years maximum.

This tin of chocolates, however, is going strong and was just sold for more than £500 – despite being made during the reign of Queen Victoria in 1899.

The Rowntree’s product containing several bars of chocolate was recently found in a box of junk in someone’s attic in Lincolnshire.

They weren’t just interested in the aged confectionary, but because it is a historic artefact.

During the Boer War, Queen Victoria decided to send boxes of chocolates to British troops and commissioned the bars to be sent to soldiers vying for control of South Africa.

At the time, this was controversial, however, as the main chocolate companies were owned by Quakers, who were pacifists.

They opposed the war and did not want to be seen as profiting from the fighting so they agreed to supply the chocolate free of charge in unbranded tins.

The tin is adorned with a picture of Queen Victoria, her insignia and the words ‘South Africa 1900’.

However, the history isn’t the only reason the chocolate sold for so much.

There are quite a few of the tins in circulation, but the reason this one was more rare and in demand is that it still contains the chocolate inside.

It is believed to have belonged to the homeowner’s grandfather in Immingham, who fought in the war and received the gift, but never ate the chocolate.

Auctioneer Paul Cooper, from Eddisons, did not recommend anyone actually doing so in 2022.

‘Impressive as it looks, I don’t think I’d be tempted to give it a go,’ he said.

‘The experts say that chocolate actually doesn’t becomes hazardous as it ages – it just loses its flavour, texture and taste.

‘That said, they probably did not have 122-year-old bars of the stuff in mind!

‘Of course the militaria and Boer War enthusiasts who are going to be bidding to add this rarity to their collections would not dream of eating such a treasure.

COVID researchers are learning why some people are asymptomatic

Dead for showing a few locks of hair

Will Daniel Durant follow ‘CODA’ Oscar triumph with another feel-good victory on ‘Dancing with the Stars’?

Today24.pro
Sweet Potato Souffl The 31 most stunning photos across women's sports from the last month — Tennis, European Championships, and more How to Get MICROSOFT OFFICE for FREE in 2022! How to invest in communications stocks, a sector that's huge, highly diversified, and growing — offering something for almost every type of investor