A BARGAIN lover has shared how she decided to try out the Amazon returns pallets to see what surprises she would receive.

Becky bought several of the packages for her and her family from Facebook Marketplace for £1 each, before splashing out £10 on her own.

The charity shop and boot sale lover then shared the results on her TikTok profile @beckysbazaar – and couldn’t believe all that she got.

In the first of two videos dedicated to the haul, Becky unwrapped the goodies and showed them to her followers one by one.

First, she unpackaged a car part worth £100, while further parcels included a posh toilet brush, a scarf, and a nice blouse that her mum has taken as her own.

The surprise parcels also included several dresses, another shirt, a hat and even an “amazing” gold bikini . 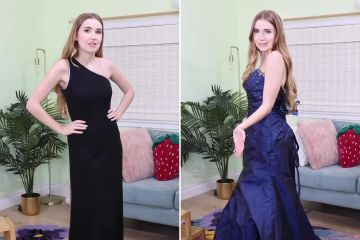 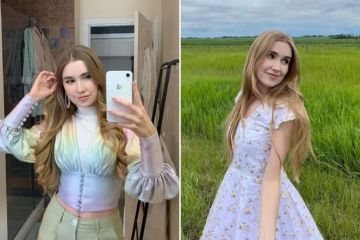 I bought an Amazon return pallet…I got 215 items, there’s enough to fill a house

Away from fashion, there was a Reebok bike monitor, a pet demattifying comb and a shower curtain.

But when it came to Becky’s other parcel, which cost her £10, she was surprised to see a small fold-up table.

Despite the randomness of the items, Becky seemed pleased with her purchases.

While her followers said they loved the idea of doing it themselves.

One wrote: “The most random things ever but such a sick idea and sick video.”

Today24.pro
Trump Claims He Declassified Documents Using Special Powers! The 31 most stunning photos across women's sports from the last month — Tennis, European Championships, and more How to invest in communications stocks, a sector that's huge, highly diversified, and growing — offering something for almost every type of investor How to Get MICROSOFT OFFICE for FREE in 2022!