SCOTTISH DJ and producer Jamie Roy has sadly passed away on September 20, 2022.

His death comes just days after he took to Instagram to thank his fans for the support after he was named the 46th biggest selling house artist.

DJ Jamie Roy has sadly passed away, confirmed by his family on September 21, 2022[/caption]

Who was Jamie Roy?

Jamie Roy was a Scottish DJ and producer.

He had become an in-demand booking on the Ibiza circuit, having spent the last decade moving from the Glasgow underground scene to White Isle regular.

Roy had worked with big labels including Repopulate Mars, Criminal Hype, Kaluki and Under No Illusion.

In 2021, he signed with Ultra Records to release the highly-anticipated ‘Fantasy’ alongside Huxley and DJ Rae.

His huge impact on the nightlife of Ibiza saw him regularly DJing at Pacha, Ushuaïa Ibiza, Amnesia, and DC-10. 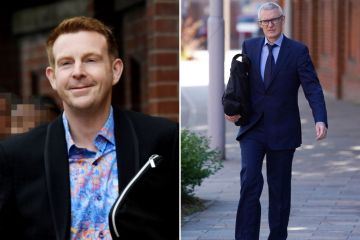 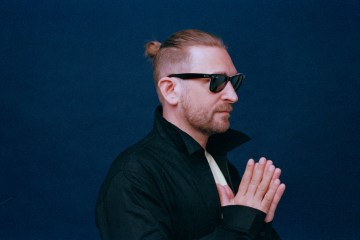 He also had his own residency at the Cuckoo Land pool party at Ibiza Rocks.

As well as a large fan base in Ibiza, he had many fans in the UK and his tracks have been played on BBC Radio 1.

All there is to know about DJ Jamie Roy

Why our accidental queens were the best ever monarchs

Parents should be open when talking about the Queen’s death, say experts

What happened to Jamie Roy?

Taking to Facebook to break the sad news, they wrote: “Jamie passed away yesterday.

“Jamie was a much loved and talented son, brother, nephew and uncle and loved by his many friends and colleagues both within the music industry and beyond that.

“We are all absolutely heartbroken.”

His cause of death remains unknown.

What songs did Jamie Roy release?

Roy released a number of songs which includes Something, The floor, Funkee Sound, Pump, and Loveland, just to name a few.

One of his tracks, Organ Belta, has been in the music charts for over a year now after its original release.

And just days before his death, the DJ also confirmed the release of the single Let Us Sing, which he called the “biggest track” of his career.

Once we have any updates, we will let you know.

Corey Kispert out at least a month

Today24.pro
US chess star ‘likely cheated more than 100 times’ – investigation 7 Perfect Pear Recipes from Savory to Sweet A 34-year-old coder quit his $300,000 job at Stripe to build up his after-work project. Here's why he's convinced it was the right thing to do. 7 MUST-DO Biceps Exercises for Bigger Arms