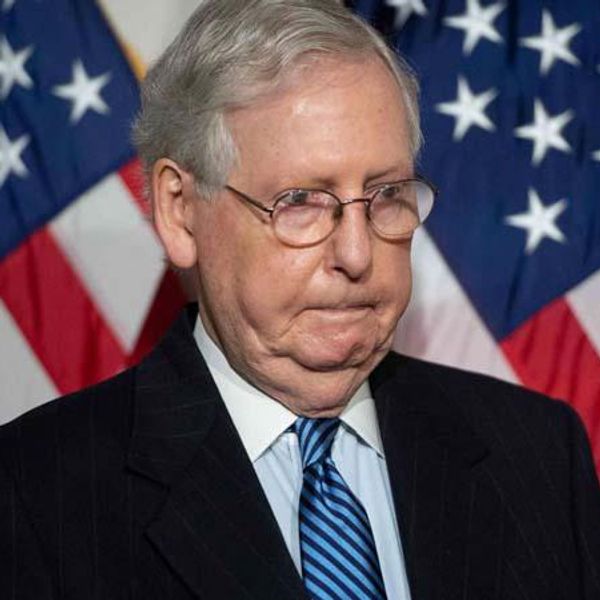 Republican Senate leader Mitch McConnell (R-KY) ultimately voted to acquit former President Donald Trump during his second impeachment trial in the Senate -- but a new book claims he came much closer to voting in favor of it than many people realize.

During a Wednesday morning CNN interview, reporters Rachael Bade and Karoun Demirjian discussed sections of their new book -- titled "Unchecked: The Untold Story Behind Congress's Botched Impeachments of Donald Trump" -- that dealt with McConnell's evolving position on whether Trump should be convicted and then barred from ever again running for federal office.

"There was a narrative that the republicans would never convict Trump... but our reporting is that [McConnell] was very close after January 6th," Bade explained. "He was furious with Trump, came back to his office and saw the damage to the Capitol, and told his aides that 'We all knew Trump was crazy, I'm never going to speak to him again.'"

However, Bade revealed that McConnell's plan to boot Trump out of American politics was quickly thwarted after he was "sandbagged by his own members."

"He thought there would be enough Republicans to convict trump but then they coalesced about this argument that you can't impeach a former president," she said. "And McConnell debated with his counsel, 'Why would framers put that in the constitution if they want to limit it to an office holder?' And then, ultimately, he was forced into taking a position."

In the end, 57 senators voted to convict Trump during his second impeachment trial, including seven Republicans.