Eagle-eyed fans noted down a number of “clues” that they felt pointed towards the identity of the mystery celebrity.

The colourful character burst onto the ITV show on Saturday, with huge googling eyes and an outfit stitched with an array of socks.

They wowed audiences with a lively routine to What A Man Gotta Do, by the Jonas Brothers before giving clues to their identity.

Ahead of the performance, Odd Socks told viewers: “I like to mix things up, I don’t have a set uniform in my line of work.

“While I didn’t have proper training until later in life, I’m not the new kid on the block.” 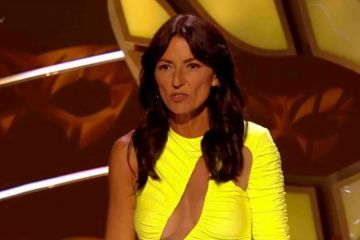 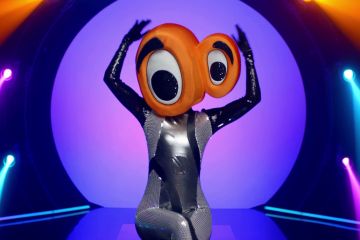 Odd Socks then dropped another clue, saying: “I was extremely lucky to land a meaty role.”

Fans think this could lead to Shona – who plays Whitney Dean in EastEnders – and is part of the famous Butcher family.

Taking to Twitter to speculate, one person wrote: “I think odd socks is Whitney from EastEnders #maskeddancer.”

A second added: “Could odd socks be Shona Mcgarty from Eastenders? #MaskedDancer.”

While a third commented: “Odd socks is Whitney from eastenders surely ?? #TheMaskedDancer.”

The sock-covered masked star was seen giving out another clue on social media this week – which threw fans off the trail.,

“I nose how to sniff out talent like a pair of stinky socks,” the clue read – leading to some fans thinking they had been a TV judge with a musical or dancing background.

Other clues included: “Her feet have carried her in one big circle,” – which many believed to be pertinent, as another teaser revealed: “Turns up in lots of surprising places.”

Fans have also thought Odd Socks could be Lady Leshur and Emma Bunton.

While the offense was great, the Texas defense made huge strides in WVU win