The Brazilian remains an unpopular figure amongst some Spurs fans due to the way he snubbed a move to Tottenham in favour of joining Chelsea in 2013.

Spurs had a deal in place with Anzhi Makhachkala and the winger had checked in for a medical before he was informed about the interest from Chelsea. 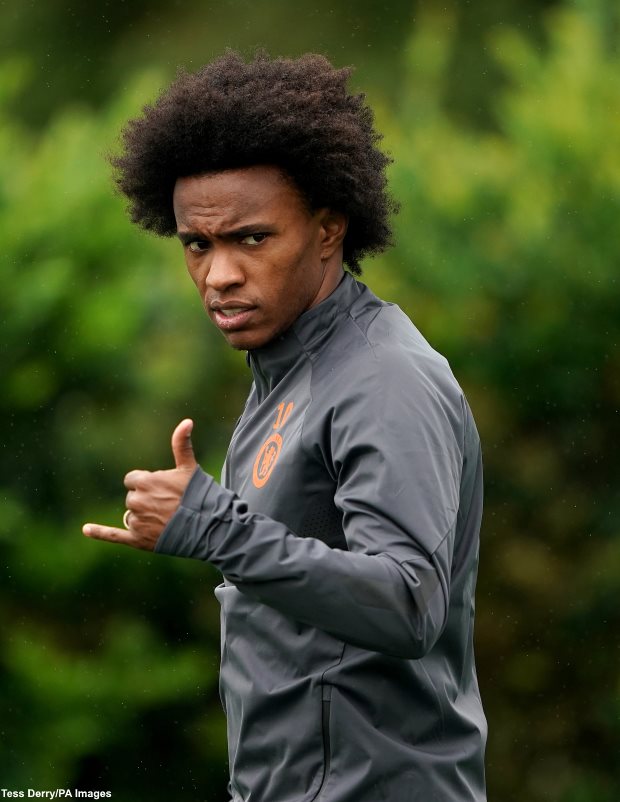 Willian claimed that he was in London for two weeks for Spurs to get a deal done to sign him, but admitted that he was not sure about the interest from Chelsea for a long time.

The Brazilian acknowledged that once he heard about the interest from Chelsea, on the day he was supposed to sign for Tottenham, he jumped ship.

The wide-man conceded that it was an awkward decision, but stressed that once Chelsea were in play, he was only going to join one club.

Willian told The Athletic: “I was in London for two weeks, waiting, waiting for Tottenham to decide because they were in a situation where Gareth Bale was in the process of leaving them to join Real Madrid.

“Liverpool were also interested. I wasn’t sure about Chelsea. They’d shown interest but it wasn’t so firm at first.

“Chelsea came on the day I was going to sign the contract with Spurs.

“I was at Tottenham’s training ground to finalise the deal when the call came.

“Then I left the training ground and went back to the hotel.

“It was a difficult situation because I’d agreed more or less to join Spurs. But in my mind was only Chelsea.

“Once the deal between Anzhi and Chelsea was agreed, I only wanted to go there. It was the best decision of my career.”

Willian went on to win two Premier League titles, a Europa League, an FA Cup and an EFL Cup during his time at Chelsea.

What can we learn from Hurricane Ian?