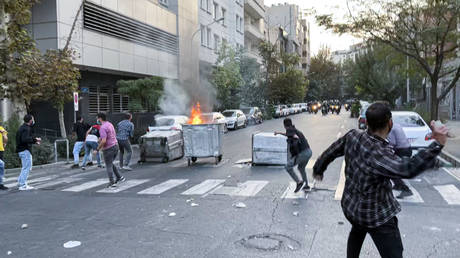 Foreign forces have tried to stir up unrest in Iran amid public outrage over a woman’s death in police custody, Ismail Zarei Koosha, the governor of the country’s western Kurdistan Province, said on Tuesday.

The Fars News Agency quoted Koosha as saying that three people had been “shot and killed by the enemies of the government” during the protests, which rocked several cities, including Kurdistan’s capital Sanandaj.

He added that the victims were killed “with weapons that are not used by any of the security and military officials.”

Protests began last week after Mahsa Amini, 22, died after being detained in Tehran for wearing an “improper” hijab.

Police claimed that Amini died of a heart attack, rejecting reports that the woman had been beaten in custody or otherwise tortured.

Koosha said forces from “outside the country” were trying to exploit the tragedy in order to incite unrest. “There is an emotional atmosphere. And, as a result, they are not sympathizers of Mahsa and [her family], Sunnis and Kurdis,” he said.

“We will stand up and deal with those hiding behind Mahsa Amini’s death and seeking to create insecurity in Kurdistan and spread it to other provinces.”

Today24.pro
A 34-year-old coder quit his $300,000 job at Stripe to build up his after-work project. Here's why he's convinced it was the right thing to do. 7 MUST-DO Biceps Exercises for Bigger Arms Zac Efron Was Never The Same After Playing Ted Bundy US chess star ‘likely cheated more than 100 times’ – investigation