FORMER Tottenham manager Mauricio Pochettino is reportedly holding out for a return to the Premier League.

That’s despite being targeted by ambitious French side OGC Nice.

ESPN claims the wealthy club, owned by British billionaire Sir Jim Ratcliffe, are considering a change in the dugout.

Nice made a statement in the summer market, landing the likes of Nicolas Pepe, Ross Barkley and Aaron Ramsey.

And Ratcliffe believes Pochettino, who led Paris Saint-Germain to last season’s title, is the right man for the job. 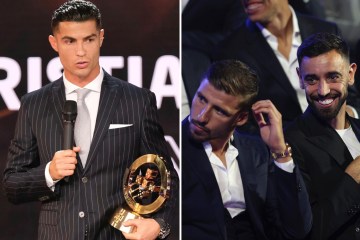 'MY ROAD ISN'T OVER'

He is even prepared to meet the Argentine’s financial demands, believed to exceed £7million each year.

However, Poch is unlikely to take up a new position in France.

And he instead wants to return to England, where he is confident of landing a job with a side challenging for honours.

Pochettino was on Chelsea’s shortlist before they moved for Brighton’s Graham Potter.

But he is now thought to be in Leicester’s sights as they consider an exit for Brendan Rodgers.

Another option for Poch could lie in Spain with Sevilla.

Like Favre at Nice, boss Julen Lopetegui was significantly backed in the transfer window.

However, Sevilla have won just one game in six this term.

And they are reportedly considering Pochettino as a replacement should Lopetegui be axed in the coming weeks.

Today24.pro
These Are The 11 Best Weapons Wielded By A Predator Tavern-Style Pizza The Cooking Show Trump Claims He Declassified Documents Using Special Powers! How to Get MICROSOFT OFFICE for FREE in 2022!