MARRIED At First Sight UK fans were left spluttering over their dinner last night when Whitney appeared on their screens in an eye-popping dress.

Viewers’ jaws dropped when the PA from St Albans appeared in a taxi on her way to the second dinner party with husband Duka in the exposing frock.

One fan said about her twisted halterneck dress: “F*****g Hell. The t****es on Whitney tonight. They been blown up .”

Another added: “Ok Whitney bringing the girls out tonight!!”

A third wondered if she was in fact trying to catch the eye of another man at the dinner party, since things with Duka have been far from rosy.

A third tweeted: “So Whitney is shy and needs to take time. Ok I get that but her breasts out there are giving.” 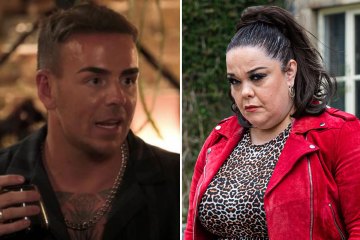 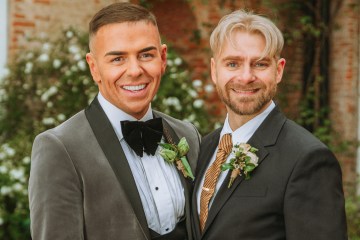 It comes as sourced revealed Whitney is set to cheat on Duka in upcoming episodes.

Recent episodes of MAFS UK have seen new couples Jonathan and Sophie, and Gemma and Matt, head off on their honeymoons.

But according to MailOnline viewers will see Matt’s wife Gemma break down in tears when an infidelity comes to light.

A source said: “Whitney and Matt truly shocked the other members of the cast by cheating on their partners – not only because of the hurt it caused but the circumstances too.

“The pairs had gone away to a couples retreat and were there to focus on their relationships, but Whitney and Matt had other ideas.”

‘I dont know you like that… the audacity!’: Man asks co-worker for a ride home—before he knew his name

Today24.pro
The 31 most stunning photos across women's sports from the last month — Tennis, European Championships, and more How to Get MICROSOFT OFFICE for FREE in 2022! Trump Claims He Declassified Documents Using Special Powers! How to invest in communications stocks, a sector that's huge, highly diversified, and growing — offering something for almost every type of investor