PREGNANCY is not the easiest thing to experience, so spare a thought for mum-of-22 Sue Radford who has spent 16 and a half years carrying her kids.

And it seems the end of the baby stage could soon be in sight as Sue said her youngest child Heidie, who arrived in April 2020, is now nearly out of nappies.

Sue, from Morecambe, Lancashire, took to her Instagram to share the milestone, saying: “Oh my goodness Heidie has done her first wee on the potty.

“Sorry for tmi [too much information] but she’s so proud of herself.

“No more nappies during the day soon, that’s a big milestone.” 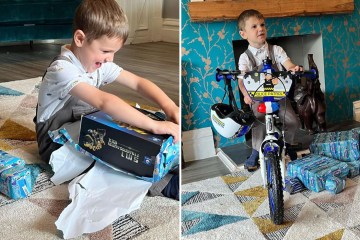 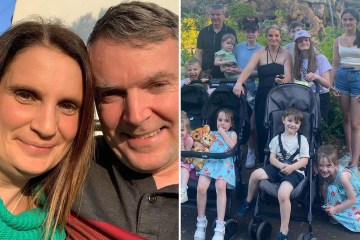 No doubt the development will no doubt shave a few pounds off her spend.

Sue, 47, and Noel, 51, got hitched when Sue was 17 and say their marriage has never had any serious difficulties, despite the constant stream of children.

Noel underwent a vasectomy during the ninth pregnancy but then had it reversed.

The couple have claimed Heidie is their last baby, after Sue has spent around 6,000 days of her life pregnant.

The family famously doesn’t rely on benefits and is supported by their pie shop business.

The Radfords, who live in a 10-bed former care home, often show off their millionaire lifestyle on Instagram.

The couple have claimed Heidie is their last baby, after Sue has spent around 6,000 days of her life pregnant[/caption] Sue and Noel are parents to Britain’s biggest family[/caption]