AN eerie abandoned house up for sale holds a valuable secret hidden in the garage.

The three bedroom home called Overdale was owned by the same family since it was built in 1934.

The house is now up for sale listed at £750,000[/caption] The abandoned property was left with discarded rubbish in each room[/caption]

It stood empty for more than 20 years after the son moved away and left behind a vintage MG sports car in the stand-alone garage.

But it the house is now up for sale listed at £750,000 with planning permission to flatten the property and transform it into two houses.

Plans include replacing the existing home in Chepstow, Monmouthshire, with a four bed home and open-plan kitchen diner.

A second house will then be built on the large plot with four bedrooms including a master with an ensuite. 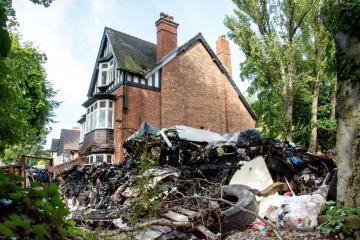 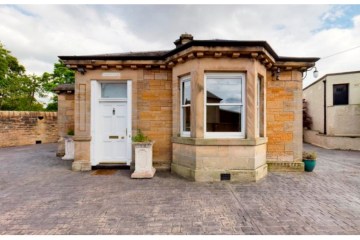 Both properties have front and back gardens and there are three dedicated car parking spaces for each house.

Work has already begun to cut back the overgrown land and remove the garage and a rickety lean-to.

The planning application was approved by Monmouthshire County Council in August.

TAX CUTS FOR ALL

“The Historic Town of Chepstow is ever popular and is currently within the top 5 highest achieving property values in South Wales.”

House hunters have also been shocked at a London property in similar condition.

The three-bedroom property in Orpington, South-East London went on the market for £300,000 despite a crumbling exterior.

Inside, dust, paper, rubble and glass from the smashed windows lay across the dirty floors and the kitchen had been left completely ransacked.