Sammy, 36, and Martyn were friends for more than two decades before getting together and the actress revealed just how far back their relationship goes with her sweet caption.

Former Emmerdale star Sammy posted a photo booth picture of her pouting into the camera while Martyn beamed alongside her.

She wrote: “Its always been you… I first met you when I was 11 years old and remember thinking you were way out of my league. 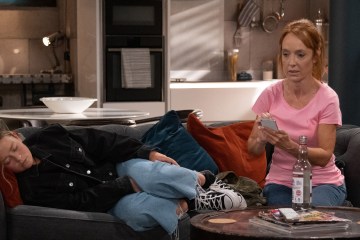 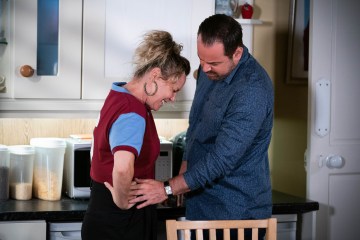 Sammy, who played Emmerdale’s Katie Sudgen until the character’s death in 2006, was previously engaged to footballer David Dunn, who she shares 16-year-old daughter Mia with.

During an appearance with Sammy on Loose Women in August 2021, Mia revealed that she’s following in her mother’s footsteps by becoming an actor.

When Loose Women panellist Kaye Adams described Mia as Sammy’s “spitting image”, the former soap actor said: “I always thought ‘oh my god, I’m only going to be 36 or 37 when she is 18’ and I’m nearly there now and it’s just crazy because we just feel like best mates really.

“Obviously there is the mother and daughter relationship, but we’re more like best mates.”

Since her time on Emmerdale came to an end, Sammy has starred in a string of gritty dramas, including 2015 thriller Prey, and 2017 crime series Fearless.

In December 2021, Sammy announced that she had been cast as the female lead in a new drama called The Saturday After, with plot details and a release date yet to be announced.

Herschel Walker paid for a girlfriend's abortion -- and she kept the actual receipts: report

Today24.pro
Zac Efron Was Never The Same After Playing Ted Bundy I waited 8 months to film this for You 7 MUST-DO Biceps Exercises for Bigger Arms 7 Perfect Pear Recipes from Savory to Sweet