ENGLAND Wags will be staying in luxury during their time at the 2022 World Cup in Qatar after booking in at Banana Island.

The partners of Gareth Southgate‘s squad have chosen their accommodation for the global tournament which kicks-off in November.

According to the Daily Mail, the English and French Wags will be living in paradise for the World Cup.

The Banana Island resort boasts £6,000-a-night chalets, which have been built on stilts in the Arabian Sea.

Banana Island has its own private beach, where guests can take part in sports or relax and watch the sunset[/caption] It has been claimed that the French Wags will also be staying at Banana Island for the global tournament[/caption] 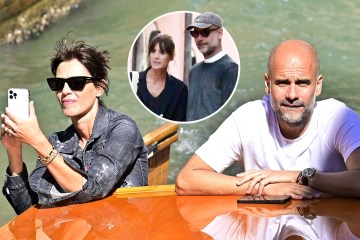 Those are the priciest rooms available, with the villas home to five bedrooms – perfect for those travelling with their children.

Just 25 minutes on a boat from the Doha seafront, the wives and girlfriends will be spoiled for choice with an abundance of activities at their disposal.

They have the option to surf, play golf, watch movies in the cinema or even take scuba diving courses.

But Banana Island also boasts a bowling alley, a fitness centre, a tennis court, a water park and the option to engage in a wide range of water sports.

Wags can also let their hair down at the resort’s private beach where they can partake in beach football, volleyball or badminton.

Or they can alternatively stay in their lounger and watch the sunset.

However those that were looking forward to sipping on a few cocktails will be left disappointed.

That is because Banana Island is an alcohol-free environment.

Football fans travelling to Qatar are fully aware of the booze situation in the Gulf nation with SunSport exclusively revealing they are only allowed to drink non-alcoholic Budweiser Zero during matches.

The news comes after it was revealed alcoholic lager will cost around £13-a-pint when the event starts on November 20.

Ticket holders will be able to buy pricey pints within the stadium perimeter before and after matches. 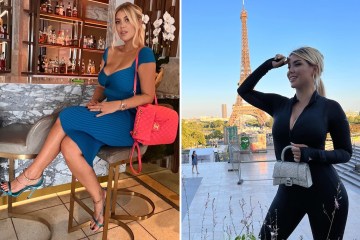 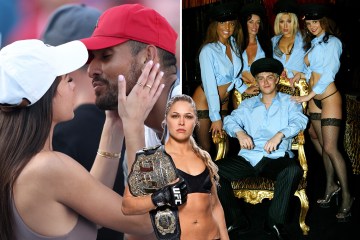 Sports stars who have sex before they compete, including Kyrgios & Rousey

But while the match is in progress and at half-time, Budweiser Zero will be the only beer on sale for around £6-a-pint.

In contrast to their Wags, the England players will be staying at the five-star Souq Al-Wakra hotel in the fishing village of Al Wakrah 10 miles south of Doha for the entirety of the tournament.