BRITAIN’S “favourite pub” is struggling to hire someone to run it due to its “ridiculous” bar rules.

Potential applicants to run the Sir Gawain and The Green Knight in Wales have been put off by the boozer’s strict regulations.

Britain’s ‘favourite pub’ struggling to hire someone to run it due to its ‘ridiculous’ bar rules.[/caption]

The pub reopened for a short time after the first Covid lockdown back in 2020 but is currently locked up and its Facebook page has been deleted.

But customers with fond memories of the pub fear its ethos has “frightened off” potential managers.

While commonplace at other boozers, mobile phones, music and TVs are banned at the much-loved pub which is a former farmhouse.

In what is surely impossible to enforce, swearing is also strictly forbidden, according to NorthWales Live. 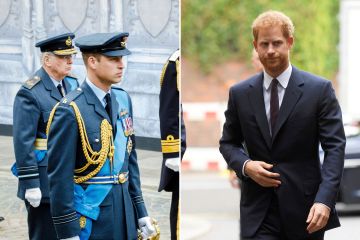 Even dart boards are absent while all beers, mixers and crisps are own label brands sold by pub owner Samuel Smiths.

Thanks to these draconian rules, the pub is now desperate to hire new staff.

An advert placed on the building – and on online platform Gumtree – is now inviting applications for a “live-in joint pub management couple”.

Successful applications will receive a salary, thought to be around £20,000, and a flat.

All rent and utility bills will also be paid by the brewery – a real incentive during the cost-of-living crisis.

Girl, 11, and boy, 12, found safe after they vanished together

On Facebook, several people claimed to have looked at the role before being put off by the “archaic” terms and conditions.

One local woman spoke of her application and said the pub “needs to lighten up”.

She wrote: “I applied for this pub. The rules of running it are ridiculous – no swearing, no music or TVs, no mobile phones allowed inside, and no children at all.

“The brewery needs to lighten up a bit, pubs like this don’t work anymore.”

Another potential applicant, also deterred by the brewery’s approach, said: “It’s definitely not for us, which is a shame as it could be such a great community pub with a lovely atmosphere.

“But we’re not willing to run somewhere with the rules they try to adhere to, it’s ridiculous in this day and age.”

Anyone interested in taking on the pub has until September 27 to apply.

Customers have been left baffled by the pub’s eccentric rules over the years.

Sharing her experiences, one said: “We were in the pub a few years back… six of us, all family, on New Year’s Eve. A phone came out to take a quick photo and we were roasted for it.

“There wasn’t anyone else there. We left pretty much there and then… don’t want a pub with draconian rules.”

But despite the strict law and order of the boozer, it does have some excellent reviews.

“If you are looking for good beer, good banter, and a fabulous relaxed atmosphere, you won’t get better locally,” said one punter.

“A true community pub, with a heart of gold.”

‘We need to unite’ in response to racism, says activist who fought National Front

Today24.pro
Zac Efron Was Never The Same After Playing Ted Bundy A 34-year-old coder quit his $300,000 job at Stripe to build up his after-work project. Here's why he's convinced it was the right thing to do. 7 MUST-DO Biceps Exercises for Bigger Arms 7 Perfect Pear Recipes from Savory to Sweet