FOLLOWING a year away from our screens, a new set of bakers are back and all aiming to be crowned the next star baker.

The Great British Bake Off has opened its tent once more with Paul Hollywood and Pure Leith keeping a beady eye across the new batch of contestants as they aim to impress with their delicious creations.

However, some eagle-eyed fans of the show may have noticed a rather significant change to the show this year.

Whilst it might not be new to everyone, new fans of the show may have been left confused to see the bakers and judges housed inside a different iconic white tent from the previous two seasons.

That’s because this series of Bake Off has returned to one of its older homes Welford Park in Berkshire, a Grade-I listed stately home which was in fact the home of the show from 2014 to 2019.

Covid restrictions forced the location of the show to change for 2020 and 2021, with it being situated in the more accommodating Down Hall in Essex, and as such newer fans of the show may have been left just exactly where they are.

Read More on Bake Off 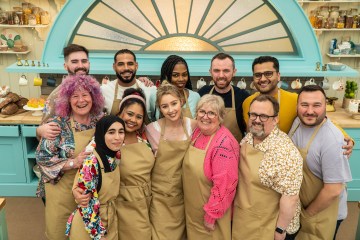 Here's who has left The Great British Bake Off so far 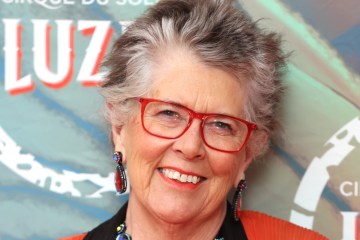 The show, which is hosted by Matt Lucas and Noel Fielding, forced the contestants along with their families, the presenters and judges to form a Covid ‘super-bubble’ in order to protect them and keep them all safe for the past two series however now it is back to business as usual on the Channel 4 show.

Paul Hollywood expressed his delight to be in the former home of the show.

He told the Express: “I love filming at Welford and we’ve been away for a couple of years.

“I sat on the grass, not far from the tents. It’s a very reflective place and Bake Off’s been a big part of my life for quite a while now. It’s lovely being back. I felt totally chilled out and relaxed.”

The news of the location change comes as disater has already struck the tent during the latest series of thehit cooking show.

Fans have been left sobbing on their sofas after one of their favourite contestants discovered her Showstopper had broken.

Viewers couldn’t hold back their tears as they saw 59-year-old Carole find her impressive 3D biscuit mask had crumbled while she had been busy helping someone else.

She broke down, crying into a white napkin while her fellow contestants tried to comfort her.

The sad scenes struck a chord with GBBO fans, who also found themselves welling up for Carole.

One tweeted: “I am literally in tears at Carole asking everyone if they want any help, all the while her showstopper has broken on the stand.”

The Great British Bake Off airs Tuesdays at 8pm on Channel 4.