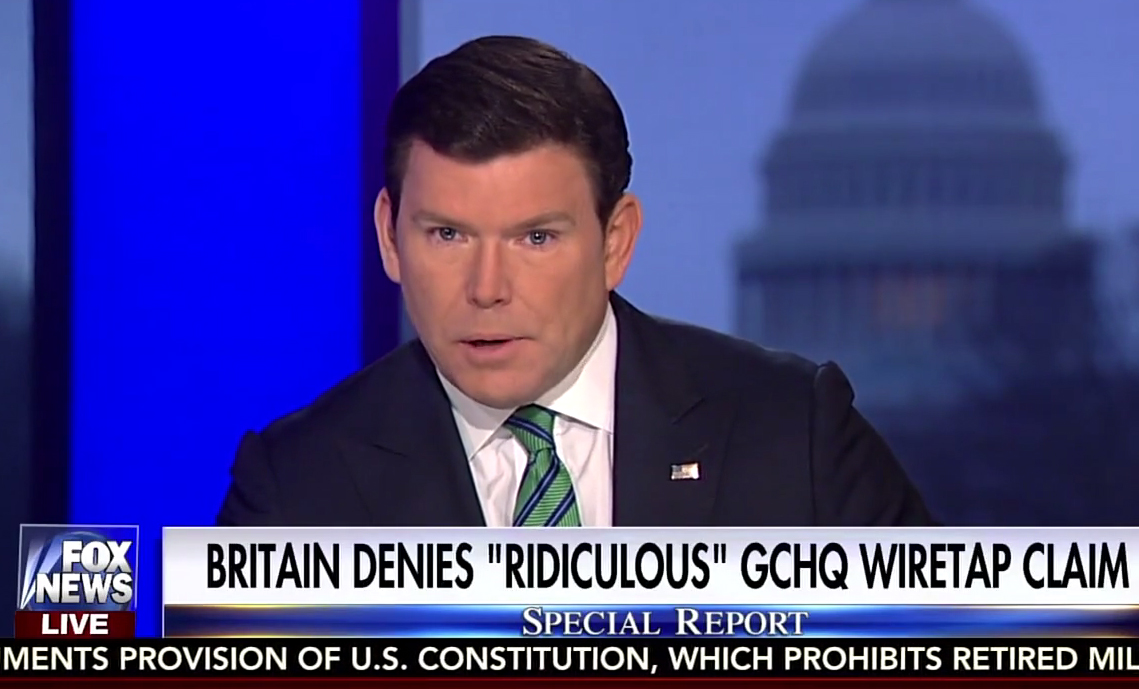 In the new book written by Peter Baker and Susan Glasser called 'The Divider,' Fox News' "straight news" anchor Brett Baier wanted to reverse the Decision Desk's call of Arizona for Joe Biden because of the pressure campaign orchestrated by the MAGA cult and Trump himself.

"'The Trump campaign was really pissed,' he wrote in an email to Jay Wallace, the president and executive editor at Fox," according to the book set for publication on Tuesday. "'This situation is getting uncomfortable. Really uncomfortable. I keep having to defend this on air.'"

Being uncomfortable is part of being in the news business.

The authors wrote that journalists on the Decision Desk thought there was "no serious question about Arizona," but Baier, in his email, accused them of "'holding on for pride,'" the book says.

This is a crime against journalism.

During the hottest political moment for the country in 2020, Bret Baier wilted under right-wing pressure like a cheap suit in a rain storm as The Insider reports.

"'It's hurting us,'" he wrote, according to the book. "'The sooner we pull it — even if it gives us major egg — and we put it back in his column the better we are in my opinion.'"

Biden tells Puerto Rico he is ‘committed to this island’

13 customizable pet portraits to honor your cat or dog