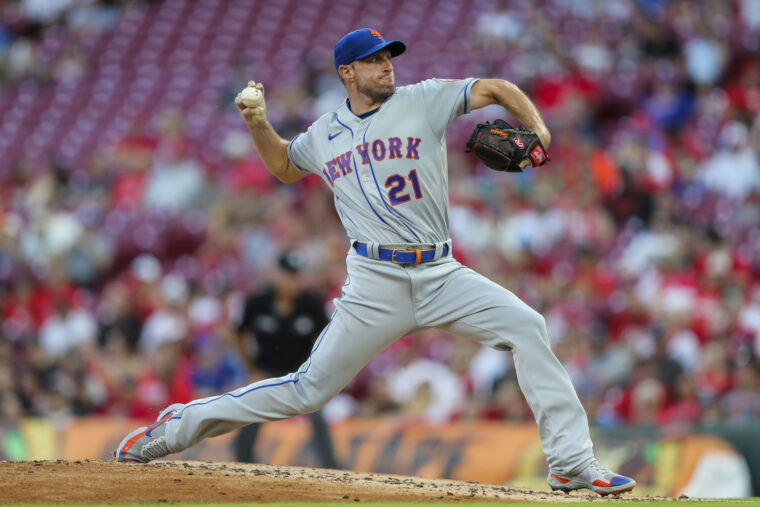 Max Scherzer was perfect over six innings on Monday night in Milwaukee, leading the Mets to a win that would clinch the franchise’s first postseason appearance since 2016, and the first of the Steve Cohen era while the Mets’ beloved owner sat in attendance at Miller Park.

Scherzer was so dominant throughout his appearance on Monday that by the end of his outing, the 38-year-old’s recent stint on the injured list–his second of the season due to a stubborn side muscle–seemed a distant memory. Instead, Mets fans were treated to a vintage performance by the three-time Cy Young Award winner, who provided the perpetually wary Flushing faithful a relatively stress-free night of baseball en route to a postseason berth.

The win was Scherzer’s 200th of his career.

Scherzer, whom manager Buck Showalter dryly said would be limited to “somewhere between 70 and 100 pitches,” before Monday’s game, needed only 68 pitches to complete six shutout innings.  It did not appear there was any hesitation from Showalter or Scherzer regarding the decision to pull the Mets’ ace from his perfect-game bid as the team and player appear to be on the same page regarding a plan to keep Scherzer on the mound into October and (hopefully) November.

Still, Scherzer was stellar on Monday, not allowing a single baserunner in his six innings, and striking out nine Milwaukee hitters on the night. Of his 68 pitches, Scherzer threw 38 4-seam fastballs, and he averaged 95 mph on the pitch, more than a full mile per hour better than his year-to-date average. Interestingly, Scherzer’s primary off-speed weapon on Monday was his curveball, which he threw 10 times, against seven sliders, seven changeups and six cutters, typically his bread and butter. Brewers’ hitters offered at 38 of Scherzer’s pitches and whiffed 15 times, including 8 times on Scherzer’s 4-seam fastball, for an impressive 39% whiff rate.

While it might be lost in the hubbub of postgame celebration, Scherzer’s return came in a game whose stakes were equally as large to a Brewers team fighting for their playoff lives, with reigning Cy Young Award winner Corbin Burnes on the mound. As it turned out, the future Hall of Famer was the perfect foil for the Brew Crew, who could get nothing going against Mad Max all night.

Scherzer’s contributions off the field were the subject of much postgame conversation in the victors’ clubhouse, where Pete Alonso described Scherzer as “an incredibly dynamic human being.”

“People talk about the Cy Youngs… he’s going to be a Hall of Famer,” Alonso started, “but what you don’t see, is the stuff in the clubhouse, the stuff on the bus, the stuff on the plane, the amount of energy he brings on a day to day basis, whether he’s pitching or not. … When it comes down to brass tacks, he’s just a great teammate, great person.”

During his postgame interview, the normally unflappable Mets’ center fielder Brandon Nimmo became distracted by the team’s grizzled ace, who was apparently celebrating the team’s postseason berth emphatically. Behind a wry smile, Nimmo said of Scherzer, “he’s already won a World Series, he’s been there, done that, but he still pitches and plays with such a passion… it’s just contagious to be around.”

Kansas QB Jalon Daniels is doing literally everything for Jayhawks, including some awesome punting

Today24.pro
How to Get MICROSOFT OFFICE for FREE in 2022! How to invest in communications stocks, a sector that's huge, highly diversified, and growing — offering something for almost every type of investor Trump Claims He Declassified Documents Using Special Powers! Sweet Potato Souffl