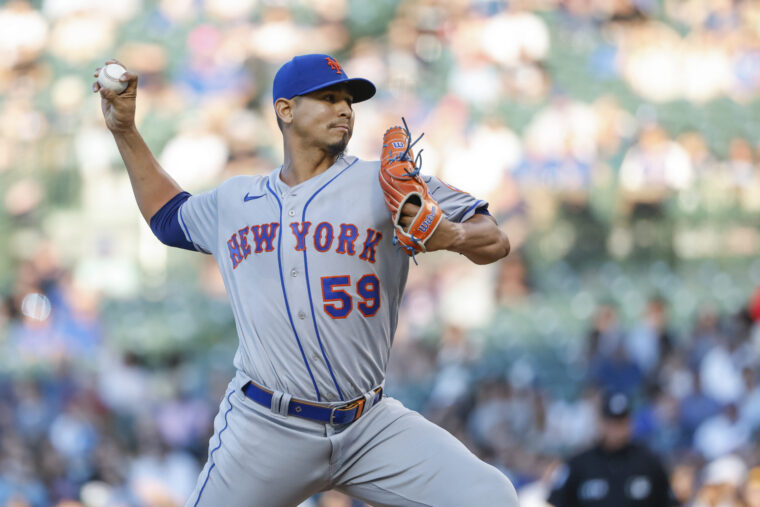 What a night for the New York Mets!

The Mets clinched their first playoff berth since 2016 last night behind a masterful performance by Max Scherzer. He was perfect over his six innings of work and recorded the 200th win of his career. Milwaukee was packed with Mets fans and it was a special night watching the team have a subdued celebration locking in their playoff spot.

The Braves are still lurking right behind them though. They’re still only one game behind the Mets, putting the Mets into a “need to win” mode for another night.

This is Ashby’s first start since August 19. In his last four starts, he allowed 17 runs (12 earned) over 20 1/3 innings (5.31 ERA, 4.93 FIP) from 19 hits and 10 walks while striking out 24. The Brewers placed him on the injured list in late July due to shoulder inflammation. It’s probable that he is on some sort of pitch count tonight which is important considering the Mets got to the Brewers bullpen earlier than expected in last night’s game.

Ashby faced the Mets back in June and allowed four runs from four hits and three walks over 4 1/3 innings. The Mets have the following numbers against him:

Ashby back on the bump.

Carlos Carrasco will look to lead the Mets to their sixth straight victory.

The Brewers have the following career numbers against him:

Drew Smith was reinstated from the 15-day injured list, and Tommy Hunter was placed on the 15-day IL with lower back tightness. Bryce Montes de Oca will start a rehab assignment with Syracuse, as well.

Mark Vientos gets the start over Darin Ruf in the designated hitter spot against a lefty. Luis Guillorme will play second base and Jeff McNeil will play in right.

The Brewers reinstated Aaron Ashby from the 15-day IL before the game and optioned Justin Topa, who gave up two runs in Monday’s game.

Today24.pro
How to Get MICROSOFT OFFICE for FREE in 2022! Trump Claims He Declassified Documents Using Special Powers! These Are The 11 Best Weapons Wielded By A Predator Sweet Potato Souffl