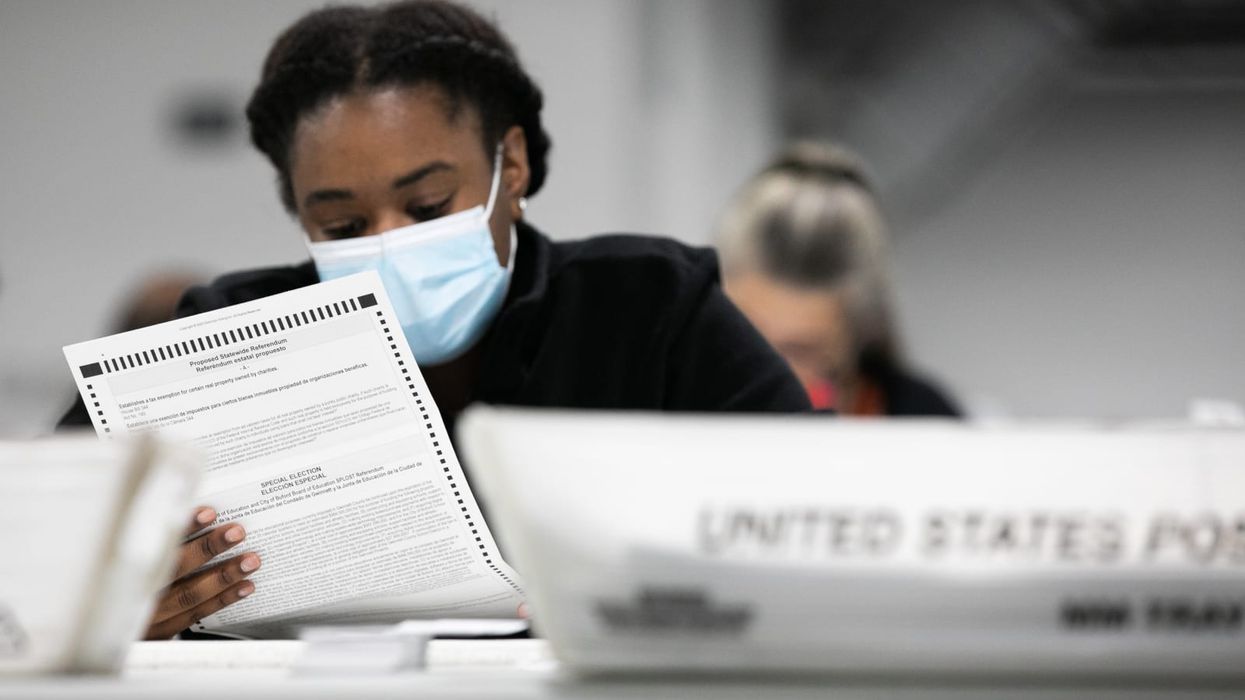 On Tuesday, CNN reported that the Department of Homeland Security rejected a multimillion-dollar proposal over the summer that would have committed resources to protect local election officials from harassment.

"The plan's rejection comes as some DHS and cyber officials have expressed concern about their work to stem disinformation being cast as 'partisan,' according to multiple people familiar with DHS policy discussions," said the report. "Last month, DHS shut down its high-profile Disinformation Governance Board after Republicans criticized the expert chosen to lead the board as being overly partisan."

"The proposal, which was made by a federally funded nonprofit, also included plans to track foreign influence activity and modestly increase resources for reporting domestic mis- and disinformation related to voting," said the report. "DHS officials had legal concerns about the plan's scope and whether it could be in place for November, the people said. But the decision not to adopt the anti-harassment part of the proposal has drawn frustration from at least two election officials as their colleagues nationwide continue to face an unprecedented wave of violent threats often inspired by online misinformation."

This comes amid urgency from local election officials as they report to be under threat, said the report: "Election workers have reported over 1,000 interactions with the public that they considered hostile or threatening to a Justice Department task force, but that is likely just a fraction of the threatening behavior that has occurred since 2020."

In one of the most high-profile recent examples, the entire election staff of Gillespie County, Texas, a small, pro-Trump area in the central area of the state, resigned after facing death threats.

"[The Cybersecurity and Infrastructure Security Agency] declined to comment specifically on the rejected proposal," the report continued. "In a statement to CNN, Kim Wyman, CISA's senior election security lead, said the agency is 'committed to building resilience against foreign malign influence operations that seek to undermine our democracy or lead to threats to election infrastructure or personnel.'"