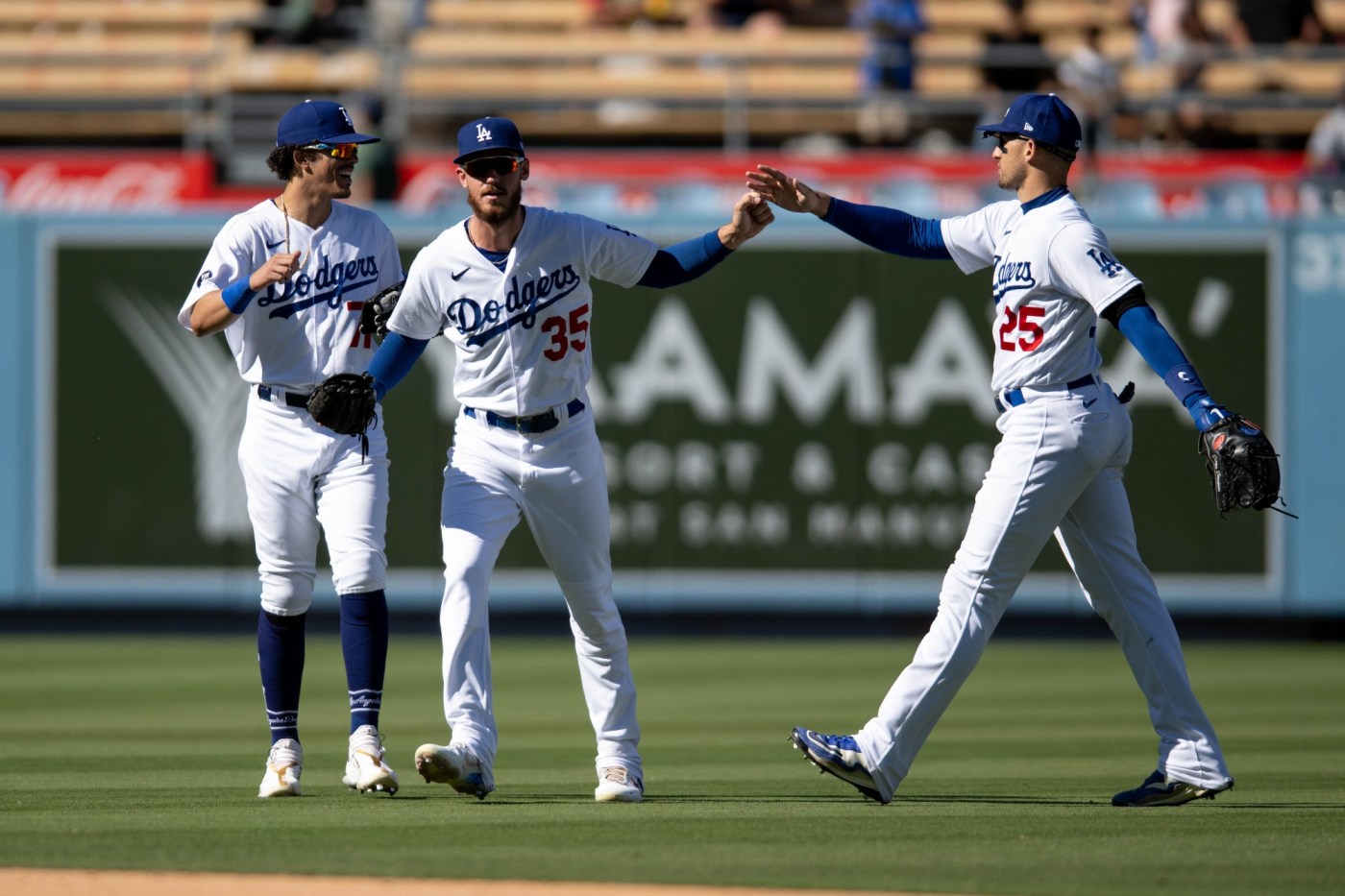 LOS ANGELES — With nearly all of the drama drained from the Dodgers’ regular season, much of what remains is backwash from last winter’s lockout – a five-game series against the Arizona Diamondbacks including Tuesday’s doubleheader and a six-game series against the Colorado Rockies to come, the product of baseball’s drive to play 162 despite the late start this spring.

Trailing by four, the Dodgers scored five runs in the bottom of the eighth inning to beat the Diamondbacks, 6-5, in the first game of Tuesday’s doubleheader.

“We came out pretty flat today,” said Austin Barnes, who had three hits including a two-run home run in the eighth. “It was kind of a weird, 12 o’clock game and a doubleheader.

“We came out a little flat. But it was nice to see us come to life in the later innings.”

With Mookie Betts, Max Muncy and Will Smith all given the first game off, the Dodgers’ offense made some noise early but did little damage.

In all, the Dodgers had seven hits in the first four innings but scored just that lone run. They went 1 for 12 with runners in scoring position – the lone hit (a bases-loading single by Thompson in the third inning) didn’t produce a run – and stranded 12 runners on base before Barnes’ two-run home run in the eighth inning tightened the score.

Things got interesting after that. Hanser Alberto reached base on a throwing error by Diamondbacks third baseman Josh Rojas. Freddie Freeman and Justin Turner walked to load the bases yet again.

This time, Will Smith came off the bench to drive in one run with a single. Thompson drove in another with an infield single to third, tying the game. After Chris Taylor and Betts struck out, Rojas’ rough inning continued when Miguel Vargas’ hard ground ball to his left glanced off his glove for the go-ahead RBI single.

“They just kind of let us hang around and then we got some big at-bats and won a ballgame.”

Veteran left-hander Tyler Anderson was activated from the paternity list and will start the second game Tuesday night.

Why you could see your NYC rent go up

Disney's networks are back on Dish following a 'handshake agreement'