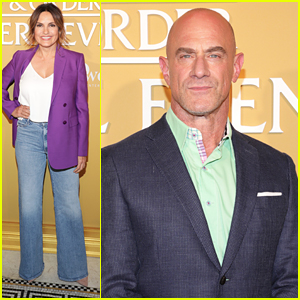 While appearing at the 2022 Emmy Awards earlier this month, Mariska and Chris joked about her being labeled his wife on a Wikipedia page.

“I mean, I don’t think I’ll be marrying him any time soon, but I am kind of like his second wife,” she joked about the slip up. “Wife, therapist, bestie, sister, mother.”

Chris added that “the fandom goes nuts” over their onscreen chemistry, before saying that “I think the uber fans literally want our spouses to go away.”

The trio of Law & Order shows will kick off on Thursday, September 22 with a triple crossover on NBC. Get the details here!