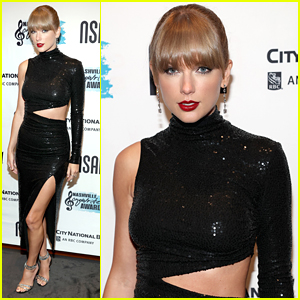 The 32-year-old singer is being honored as one of two Decade Honorees at the event.

The “Decade” awards are driven by chart success and other metrics, as opposed to votes, and focus on songwriting accomplishments between 2010-2019. According to Billboard, the winner is determined by a points system calculated based on the percentage of an artist or songwriter’s songwriting credit, according to chart performance. The writer has to also be the song’s recording artist for points to count towards the Songwriter-Artist of the Decade honor.

Previously, Taylor was named Songwriter-Artist of the Year seven times.

The other Decade Honoree is Ashley Gorley, in recognition for the staggering catalog of hits he’s had a hand in writing, which includes 62 chart-topping singles.

If you missed it, Taylor was teasing something big coming on TikTok!

Horse racing tips: Make it a Sunday to remember with this monster 188-1 treble at Ffos Las