AN audience of around 28 million viewers watched the Queen’s funeral in the UK on Monday, making it one of the country’s biggest ever TV events.

More than 50 UK channels broadcast the service, as the nation paused to pay a final farewell to Queen Elizabeth II.

The overall audience peaked at 12.25pm, as her coffin was carried through the streets from Westminster Abbey.

Around 20million people watched on BBC One at that time, while ITV‘s audience numbers peaked at 5.3million.

The overnight figures from ratings body Barb do not include all viewers watching through streaming apps like BBC iPlayer and ITV Player, or those who saw it on big screens outdoors or in cinemas, churches or pubs.

An average of 26.2million viewers watched the Westminster Abbey funeral service between 11.00am and 12pm across all channels, with 18.5million of those watching on the BBC.

READ MORE ON THE BBC 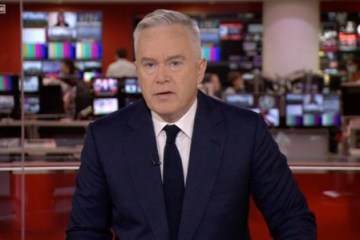 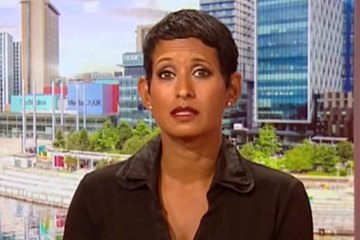 In comparison, Princess Diana’s funeral in 1997 had more than 32million UK viewers.

A similar number are thought to have watched England’s World Cup victory in 1966, although that occurred before the modern TV ratings system began.

Almost 27.7million watched Boris Johnson‘s Prime Ministerial statement on 10 May 2020, when he set out a plan to ease the first coronavirus lockdown.

And the London 2012 Olympic opening and closing ceremonies each attracted almost 24.5million viewers.

The BBC’s coverage of the funeral and processions through London was anchored by Huw Edwards, with David Dimbleby taking over when the cortege reached Windsor for a later committal service.

Dimbleby was following in the footsteps of his father Richard, who played a similar on-air role at the funeral of King George VI in 1952 and the Queen’s coronation the following year.

Kirsty Young was also on the BBC presenting team on Monday, while Tom Bradby and Julie Etchingham led the coverage on ITV.

Fit and still driven, Djokovic not thinking about retirement

Today24.pro
Sweet Potato Souffl How to Get MICROSOFT OFFICE for FREE in 2022! Trump Claims He Declassified Documents Using Special Powers! These Are The 11 Best Weapons Wielded By A Predator