Just as it looked as if Kim Little had fired the hosts to a home victory, the forward struck with a late goal.

The result means Arsenal will need a win in the second leg with the club facing their opponents away next Wednesday.

The Gunners began brightly but found themselves under pressure as their rivals started to find their rhythm.

Ajax took the lead after a swift counter-attack with the hosts conceding possession and Leuchter drilling home from Chasity Grant’s cross. 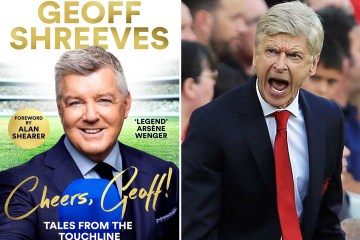 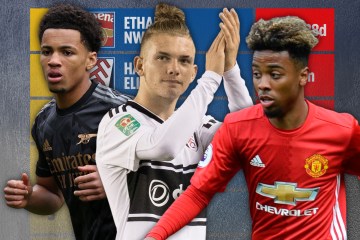 Stina Blackstenius made it honours even in the 23rd-minute drilling in Arsenal’s leveller after Rafaelle’s header smashed the crossbar.

And Zinsberger pulled off a quality save on the stroke of half-time following another effort from Leuchter.

The second half saw the hosts step things up a notch with Rafaelle rattling the crossbar in the 53rd minute.

And Blackstenius forced a save from Ajax goalkeeper Lize Kop shortly after.

The Gunners later won a penalty with Soraya Verhoeve going into the book for a hefty push on Beth Mead.

Skipper Little stepped up to send Kop the wrong way putting Arsenal 2-1 to the good in the 57th minute.

But the hosts endured heartbreak late on with Leuchter levelling for the visitors with eight minutes of normal time remaining.

And substitute Katie McCabe saw a late effort ruled offside before the Gunners’ tough tackling opponents saw out the draw.