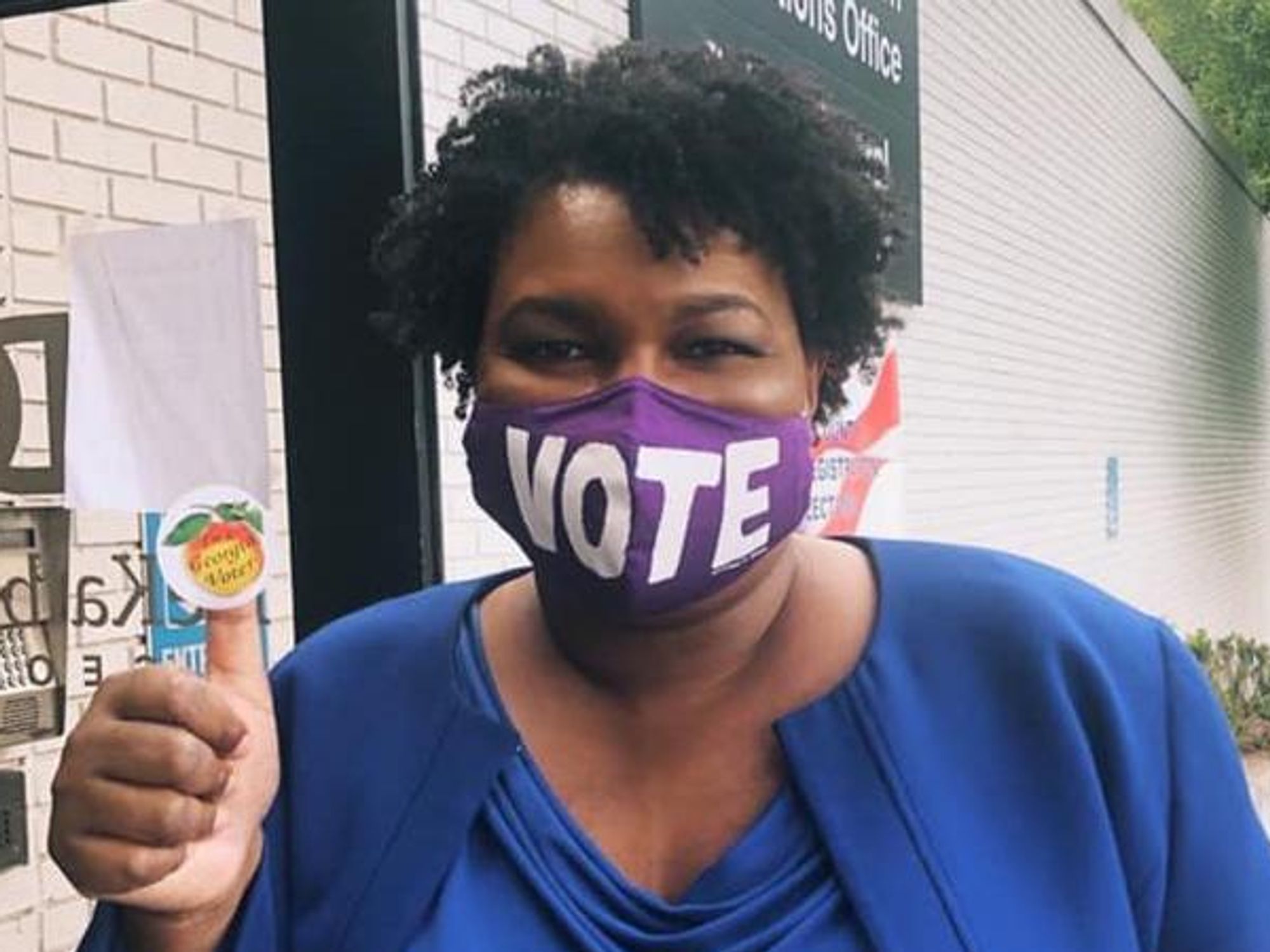 Originally published by The 19th

ATLANTA — Stacey Abrams on Monday cautioned against conflating her refusal to concede in the 2018 Georgia governor’s race with former President Donald Trump’s false claims of a stolen election, calling the latter wrong and dangerous for democracy.

“I will never ever say that it is OK to claim fraudulent outcomes as a way to give yourself power,” Abrams said. “That is wrong. I reject it and will never engage in it. But I do believe that it is imperative, especially those who have the platform and the microphone, to talk about the access.”

Abrams acknowledged her loss to Kemp days after the 2018 election. But she attributed that defeat — by less than 1.4 percentage points — to efforts by Kemp, then the secretary of state, to suppress voter turnout. Kemp denied the allegations.

“The issues that I raised in 2018 were not grounded in making me the governor,” Abrams told The 19th’s Editor-at-Large Errin Haines at a Monday event. “Not a single lawsuit filed would have reversed or changed the outcome of the election. My point was that the access to the election was flawed, and I refuse to concede a system that permits citizens to be denied access. That is very different than someone claiming fraudulent outcome.”

Abrams, who will face Kemp in the November midterm elections, has made voting rights a cornerstone of her priorities as an elected official, first as a legislative leader in the Georgia legislature and as the now two-time Democratic nominee for governor. She has also highlighted health care needs and economic issues as she seeks a rematch against Kemp.

But in the years since her first bid for the highest office in the state, Republicans have repeatedly pointed to her actions in 2018 as the original “Big Lie.”

Abrams emphasized in her remarks Monday that words matter, and her 2018 speech was carefully planned.

“The challenge is that people are always going to cherry pick the language that they want to make the points that they need,” Abrams told Haines. “... And I apologize that people can only listen to four seconds of a speech and not the whole 15 seconds. But what I think is absolutely critical is that we not allow ourselves to conflate access and outcome.”

Recent polling shows Kemp with a slight lead over Abrams. Abrams emphasized that if potential voters like Black men turn out, she can win. She also indicated that she would welcome key Democrats to stump for her, such as President Joe Biden and Vice President Kamala Harris, who Abrams campaigned for in 2020.

“There is no reticence on my part,” Abrams said. “I know people will try to spin up stories where they don't exist. I welcome President Joe Biden and Vice President Kamala Harris to come to Georgia because that’s one of the ways we show Georgia what the Democrats have delivered for our state.”

“This is an evenly divided state,” Abrams told The 19th in an interview ahead of the event, noting that 1.6 million voters have been added to the rolls since 2018, more than half of them Democratic leaning. “Victory is completely contingent on turning out voters, especially those who feel marginalized or distrustful of the system. And it also requires navigating voter suppression that’s been architected by former secretary of state, now Gov. Kemp.”

Kemp signed a bill into law in 2021 that made sweeping changes to Georgia’s voting rules, including new requirements for absentee voting, reduced drop boxes in the state and statewide oversight of local election boards. Kemp, whose campaign did not respond to a request for an interview, has defended the law and his general approach to voting policy. In recent weeks, he has pointed to rising inflation and its effect on the economy to tie Abrams to national Democrats.

Abrams said her candidacy is complicated by her parallel efforts to ensure that voters are able to cast their ballots safely and securely in November. That work has been made harder, she said, by her opponent and Georgia Republicans, who have passed voter restrictions in the wake of the 2020 election.

“My job is to protect democracy, regardless of whether my name is on the ballot,” Abrams said. “That said, I also want to be governor so that we don’t have to keep litigating and relieving this problematic behavior.”

Key to Abrams’ strategy is targeting what she calls “persuasion voters,” people who need to be convinced to show up, not of who to vote for. She credits these voters with delivering for Democrats in 2020 and 2021.

“We are leaning in and saying that our path to victory, our playbook, works, but we can’t believe it will just magically happen,” Abrams said. “These voters deserve the same assiduous attention, the same investment, and the same support as any other voting bloc.”

Abrams said her campaign will focus on turnout and encouraging people to vote early, but added that she is concerned about the potential impact of the state’s new voting laws.

“The people who are supposed to be responsible for protecting the right to vote are manipulating that right,” Abrams said. “The failure to commit treason does not mitigate their active engagement in denying democracy. When it becomes a partisan issue, what gets lost are the people who get hurt.”