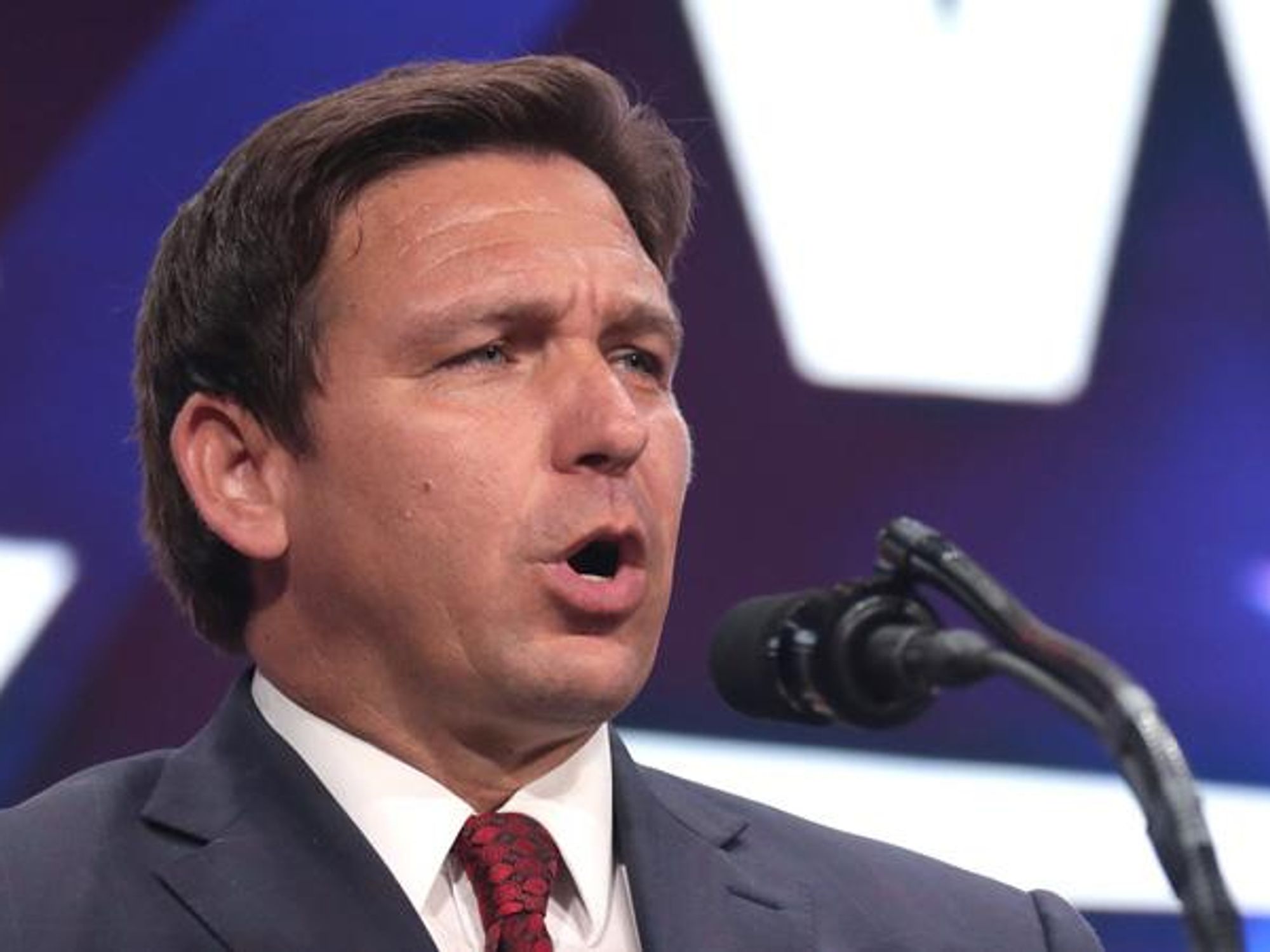 On Tuesday, VICE News reported that the sheriff of Bexar County, Texas has been inundated with threats ever since announcing an investigation into Florida Gov. Ron DeSantis for arranging a chartered flight to move migrants to Martha's Vineyard, Massachusetts, where they were dumped with no resources or support.

"On Tuesday, a spokesperson from the Bexar County Sheriff’s office told VICE News in an email that 'there have been numerous threats, an influx of calls to our dispatch and administrative offices, along with hateful emails received' since the investigation was announced," reported Paul Blest. "'Additionally, as in any instance when our office receives threats precautionary measures will be made for safety of all personnel,' the spokesperson said."

The migrants were originally picked up near the San Antonio Migrant Resource Center. One described the person inviting them onto the flight as a woman named "Perla," with “blonde hair, light-complected, and accompanied by a man in a white truck.”

"After the plane carrying the 48 migrants touched down in Martha’s Vineyard last week, local officials blasted the DeSantis administration for allegedly making false promises to the migrants," said the report. "Migrants were offered 'eight months cash assistance,' 'food,' 'housing,' and 'job placements,' according to a brochure given to the migrants which was published by the newsletter Popular Information on Monday."

IN OTHER NEWS: Legal experts explain why Trump's demand for a special master 'really backfired'

DeSantis, who has reportedly allocated $12 million for his "relocation" program, has denied any wrongdoing, and claims he was in his right to act because the migrants in question were planning to travel to Florida. When asked to support that claim at a press conference this week, he said, “The problem is we’re not seeing mass movements [of migrants] into Florida, so you end up in a car with maybe two [migrants]. It’s just coming in onesie-twosies. We’ve had people on the border since last summer ... everyone down there will say between 30 and 40 percent of the people coming across are seeking to end up in Florida.”

In addition to the Bexar County sheriff investigation, DeSantis is facing a class-action suit from the migrants he left at Martha's Vineyard, for "compensatory, emotional distress, and punitive damages." The migrants allege DeSantis tricked them onto the flight to obstruct their "participation in the federal immigration processes to which they are constitutionally entitled," and one defendant known only as "Jesus Doe" alleged an official made him sign an English-language document he couldn't even read in return for a $10 McDonald's gift card.

My daughter, 9, has already started puberty and my sister-in-law blames ME – the reason she gave is so ridiculous

The City That Survived Covid Better Than the Rest of Us

Today24.pro
Trump Claims He Declassified Documents Using Special Powers! How to Get MICROSOFT OFFICE for FREE in 2022! Tavern-Style Pizza The Cooking Show These Are The 11 Best Weapons Wielded By A Predator