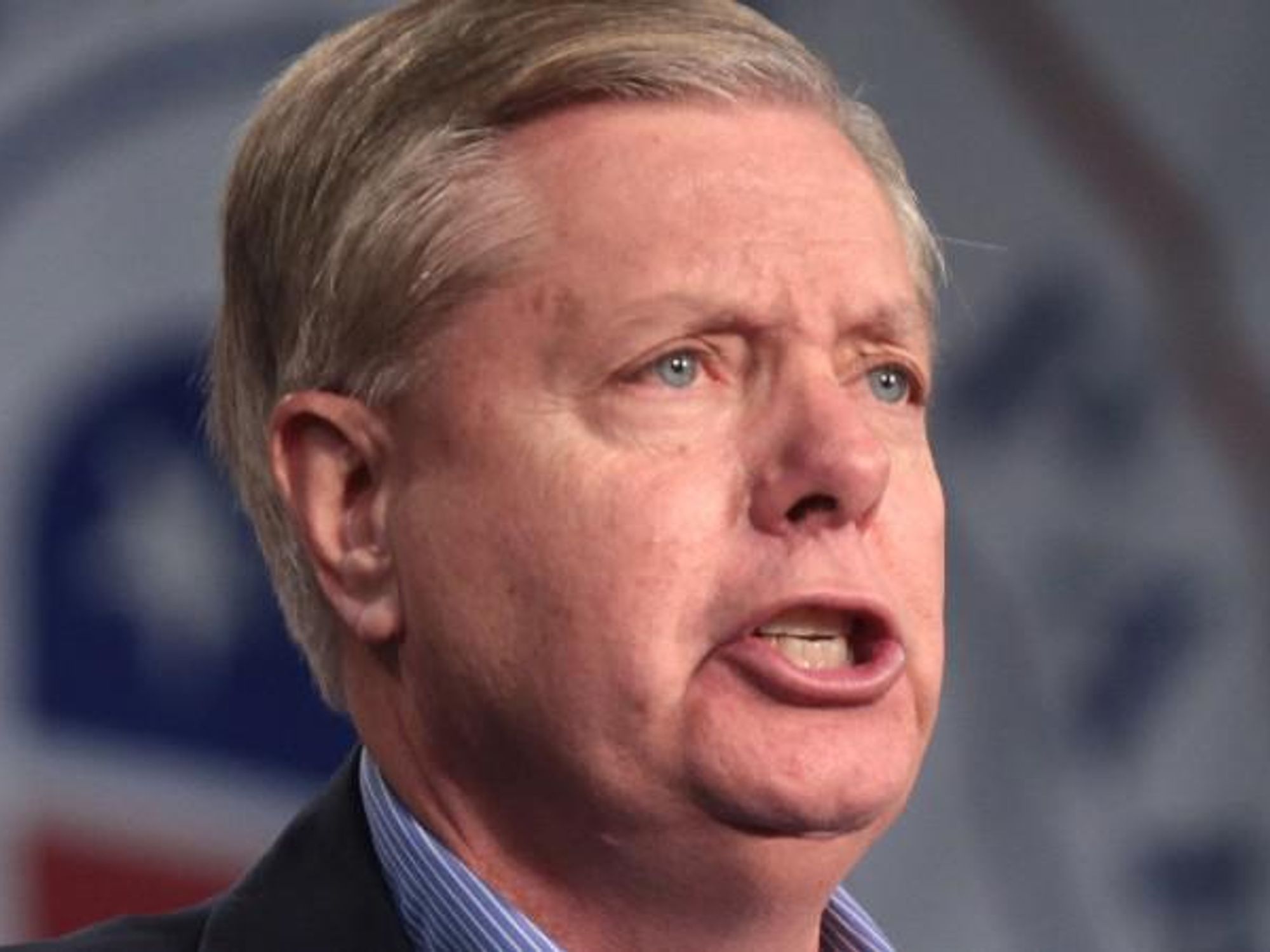 Speaking to MSNBC on Tuesday, reporters Peter Baker and Susan Glasser spoke about their new book The Divider: Trump in the White House, 2017-2021, which talks about the "self-abasement" of Republicans who have dedicated themselves to his holding his hand for six years.

Showing videos of Sen. Lindsey Graham (SC), the authors talked about the Republican senator's former opposition to Donald Trump, but now he has become a Trump loyalist. Glasser explained that it has gone further than that.

"That's the enduring mystery, Nicolle," said Glasser. "The self-abasement of many of these folks has been pretty extraordinary and, of course, there would be no Trump presidency to speak of without them, you know, one of the things that's very clear, right, Donald Trump without the Lindsey Grahams and the rest of the Republican infrastructure that's supported him, he would have been another angry old dude shouting at the television in between golf games."

IN OTHER NEWS: Heated clash erupts on The View as host accuses Nikki Haley of being a racial 'Chameleon'

She explained that the story of people like Graham who says one thing but when Glasser and Baker ran into the senator on the street, he called Trump a "lying motherf*cker." However, he acknowledged that Trump is a lot of fun to hang out with.

"Graham seemed to be absolutely dazzled by this kind of access to power and celebrity that Trump offered him," she explained. "You know, it really -- it's pretty amazing in a way I used to say that Donald Trump was like holding up a mirror for other people's souls, and obviously part of this book, what it shows us in the mirror isn't all that flattering to many of these folks."

Republicans debasing themselves for Trump www.youtube.com

What Your Position In League Of Legends Says About You

Wisconsin Makes the Most Ruthless Firing of the Season