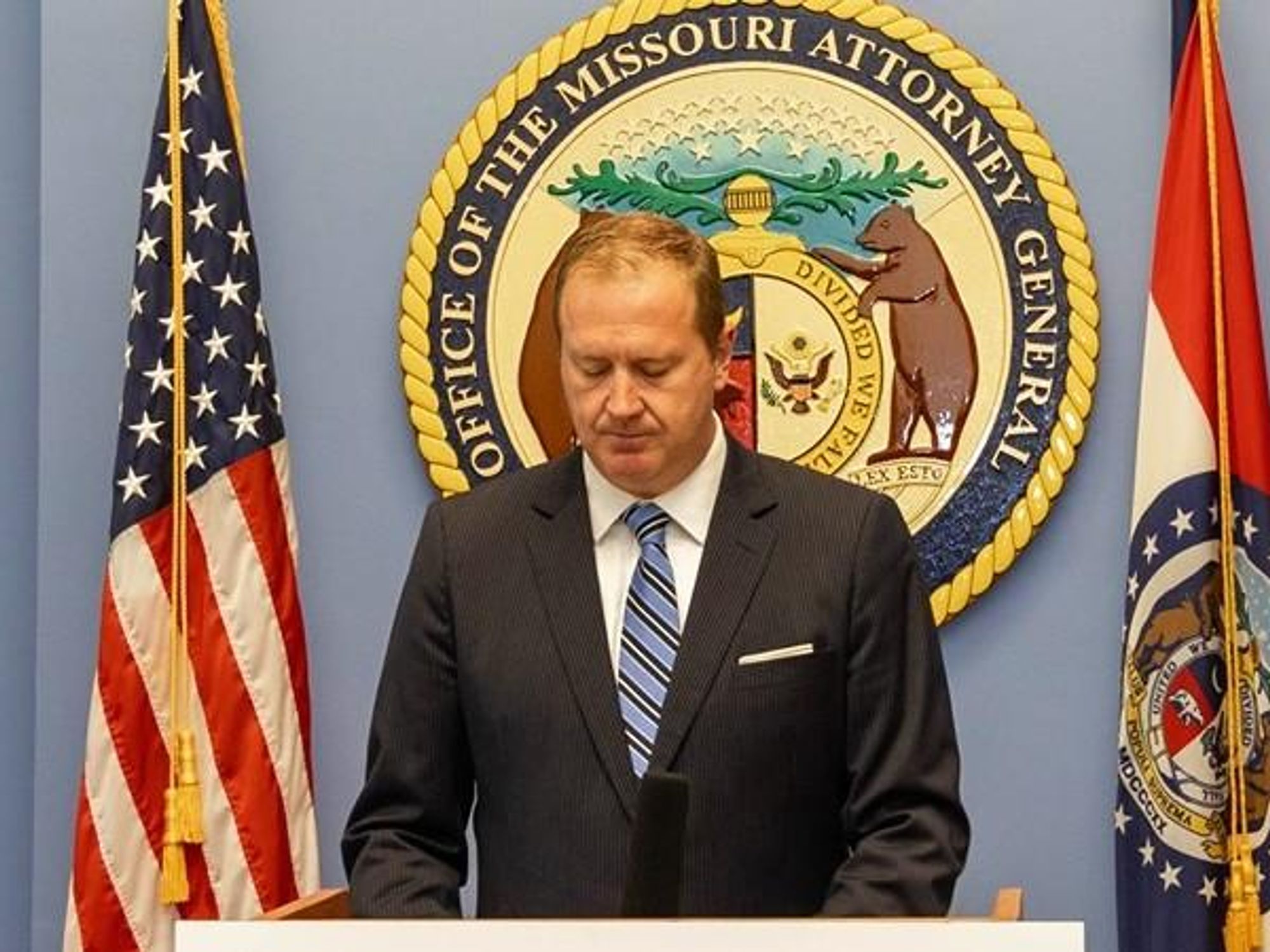 Republican efforts to defend Donald Trump after the FBI executed a search warrant in Mar-a-Lago have become an issue in the open U.S. Senate race to succeed retiring GOP Sen. Roy Blunt.

And that's how Missouri got involved — by way of Texas Attorney General Ken Paxton.

"Paxton, a Trump ally who has joined the former president in falsely claiming the 2020 election was marred by widespread voter fraud, filed a friend of the court brief in the 11th U.S. Circuit Court of Appeals. He argued the government under President Joe Biden cannot be trusted to act appropriately in the case involving Trump," The Texas Tribune reported. "Paxton alleged, in a meandering nine-page argument, that the Biden administration has acted unethically in several cases. Those instances were largely policy differences, such as attempting to put in place a federal COVID-19 vaccine mandate, ending Trump-era immigration rules and extending a moratorium on evictions during the pandemic."

But it is only Missouri Attorney General Eric Schmitt who is in a major Senate race as he faces off against Anheuser-Busch beer-heiress Trudy Busch Valentine.

"Schmitt’s decision to involve Missouri in the court fight between the former president and DOJ is the latest example of the Republican attorney general diving into cases that appeal to the conservative base as he mounts a campaign for U.S. Senate," the Kansas City Star reported. "The brief was led by Texas Attorney General Ken Paxton’s office, which previously spearheaded a failed effort to overturn the 2020 election that Schmitt supported."

“Of course it’s politically motivated,” he said. “Am I surprised that the fascist attorney general that helped fund the insurrection through the Republican Attorneys General Association would be taking Donald Trump’s side on this issue? Of course not.”

“He’s not the suburban St. Louis lawyer he used to be. He’s not a fair and impartial attorney general. He’s fully on board 1,000% with the insurrection,” Mackey argued.

ALSO IN THE NEWS: New book details the 'self-abasement' of Republicans availing themselves to Trump

Today24.pro
Trump Claims He Declassified Documents Using Special Powers! These Are The 11 Best Weapons Wielded By A Predator Sweet Potato Souffl How to Get MICROSOFT OFFICE for FREE in 2022!