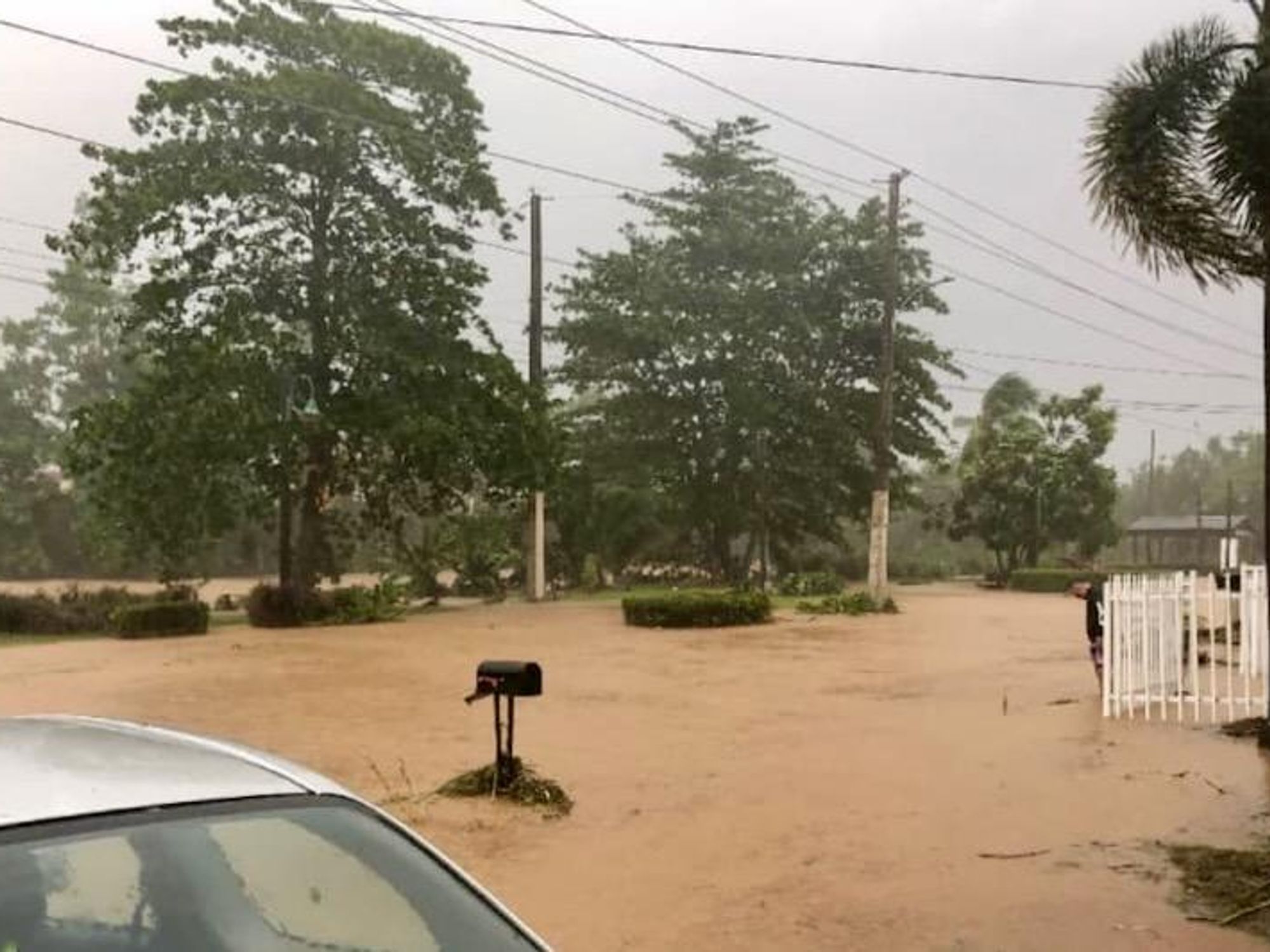 Hurricane Fiona roared over the Dominican Republic after knocking out power across all of Puerto Rico, causing damage the governor said was "catastrophic." Officials have reported more than 1.4 million Puerto Rico power customers have lost electricity and as of Monday the entire island was in the dark.

Watch the footage from Fiona below:

Fiona hit Puerto Rico on the anniversary of Hurricane Hugo, which slammed into the island in 1989 as a Category 3 storm, and two days before the anniversary of 2017's devastating Hurricane Maria - from which the territory has yet to fully recover. That hurricane caused nearly 3,000 deaths and destroyed the power grid.

Five years later, parts of the island still bear the scars of Maria, which inflicted catastrophic infrastructure damage. It took almost a year for power to be restored across the island after that storm.

LUMA Energy, the private company that handles the transmission and distribution of electricity in Puerto Rico, stated that full power restoration could take days "due to the magnitude and scope of the blackout."

On Tuesday, the storm reached the Turks and Caicos Islands as a Category 3 hurricane, blasting the British territory of about 40,000 people with maximum sustained winds of 115 mph. The government imposed a curfew and urged people to flee flood-prone areas as the archipelago braced for a storm surge of 5 to 8 feet.

About 80% of Puerto Rico remained without power Tuesday, more than 24 hours after the storm shut down the island's entire electrical system. Water service was cut to more than 837,000 customers – two-thirds of the total on the island, officials said.

In the Dominican Republic, more than 1 million people were without running water and 700,000 homes and businesses were without power, the national Emergency Operations Center said.

At least three deaths were reported, two in Puerto Rico and one in the Dominican Republic.

A 58-year-old man in Comerio died after being swept away by a river behind his home, and a man in his 30s died after inadvertently lighting his generator on fire while refueling it.

Forecasters at the National Hurricane Center warned Tuesday that parts of Puerto Rico could see an additional 1 to 4 inches of rain as Fiona departs. That’s on top of the 12 to 20 inches some areas have received, with some localities seeing as much as 35 inches of rain.

In 50 years in politics, I have never seen anything as ugly as this vicious war in the Tory party – only Labour will win