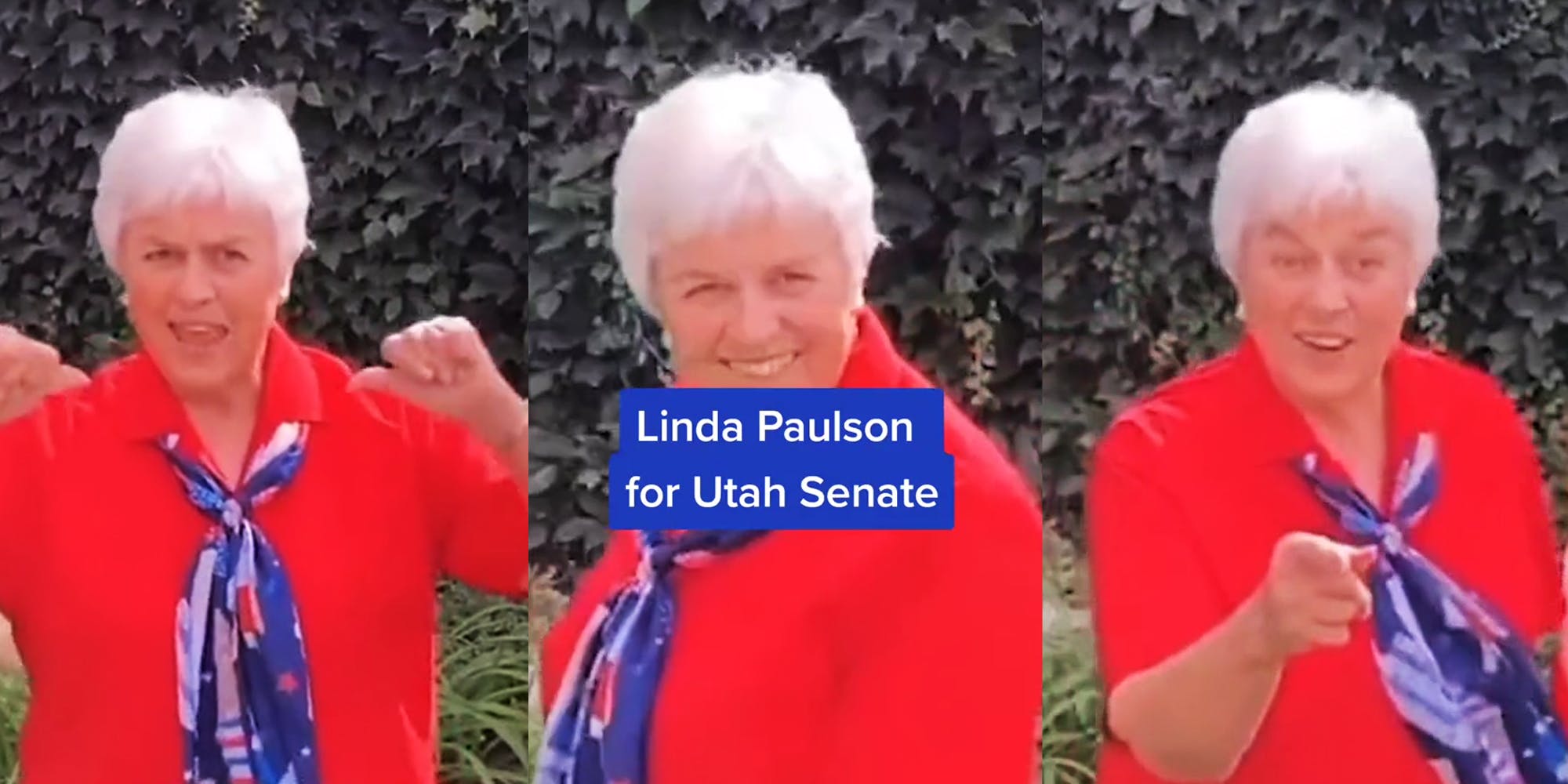 Republican Utah senate candidate Linda Paulson has released a campaign video in the form of a rap that many are calling "embarrassing" and "the worst campaign video ever."

In it, Paulson declaims her love for God, family, and the constitution, as well as all of the usual Republican talking points like guns, police, and smaller government, in the form of a rap.

While a lot of viewers immediately assumed this had to be satire, Paulson, who stated the transphobic dog whistle "as an adult female I know what a woman is" while dabbing, is in fact deadly serious about all of it.

Republican Twitter is up in arms about the internet reception this allegedly "wholesome" and "sweet old lady" is receiving for the campaign advert in which she claimed "the government should support the traditional family as the fundamental unit of society" just before asserting that schools are "pushing new beliefs", another pair of anti-LGBT dog whistles.

However, outside of the Republican echo chamber, most people are agreed that the video is cringe.

As well as displaying a wide-ranging bigotry from racism to transmisogyny.

However, as a fine example of Poe's Law in action that's ripe for satire, Paulson's video certainly delivers.