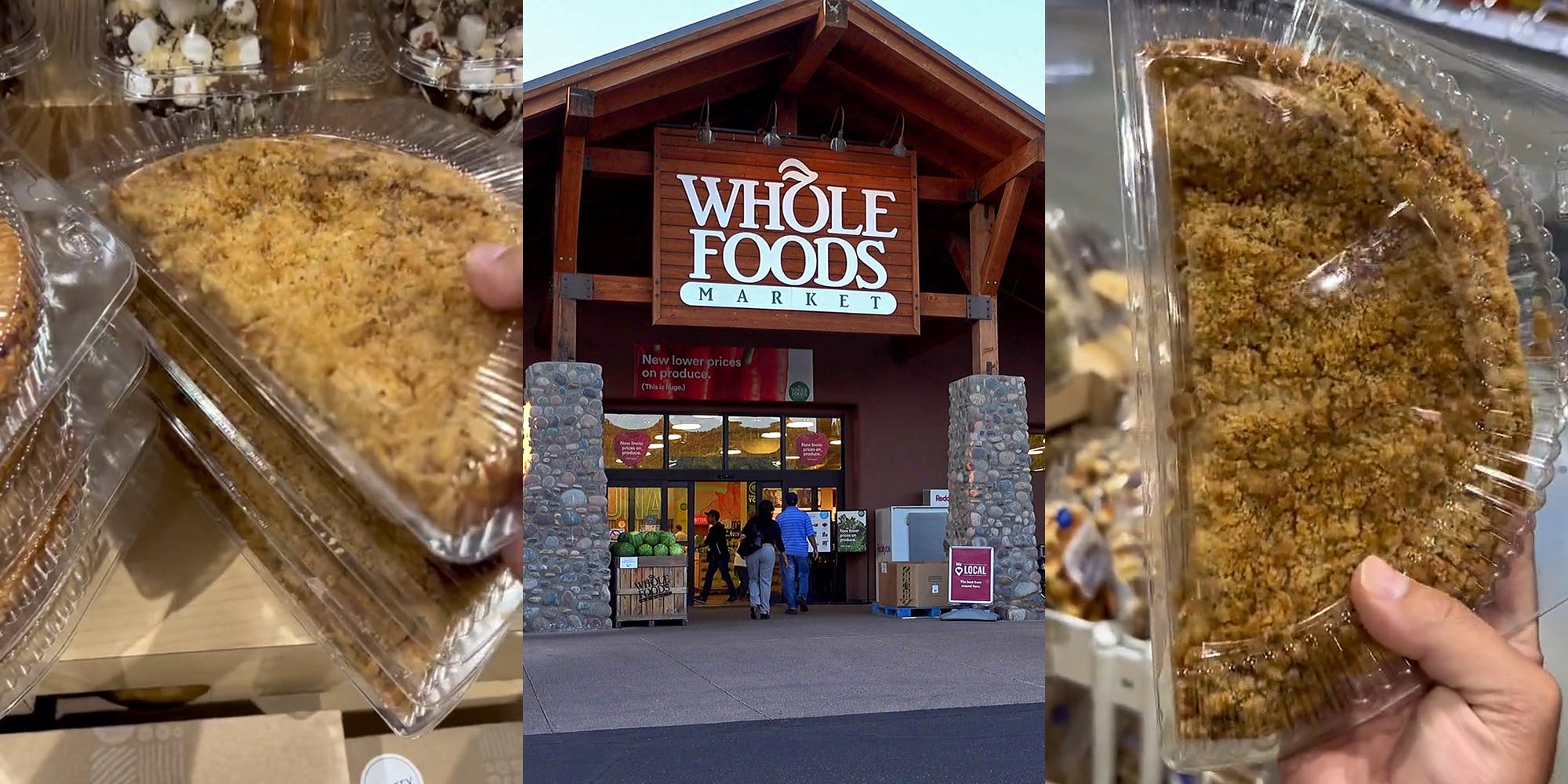 If you're craving seasonal baked goods but you're single and don't want to eat a whole pie, don't worry, Whole Foods has you covered.

One TikToker, Matt (@thasklassy), joked about the grocery store and its baked goods in a recent video. He says they've learned how to effectively market to their customers.

In the video, Matt shows the inside of a Whole Foods in Los Angeles and then focuses on a display of apple pies. The pies were sold in halves, packaged in half-circle containers.

"Whole Foods, you know your demographic: single, depressed, emotional eaters," Matt says in the video. "I ain't even mad," he added in the caption.

Some viewers, who may or may not be single, depressed, emotional eaters, commented saying they enjoy taking advantage of the thoughtful packaging and portion sizes.

"It’s for two! But I can eat it," one viewer commented.

"That was me yesterday," a second viewer commented.

A third said, "omg I got one the other day."

"Omg I'm sorry but I love half portions of everything," a fourth wrote.

"I just bought a single slice of lemon cake at Ralph’s," one user said.

The Daily Dot reached out to Whole Foods via email and to the creator via Instagram direct message.