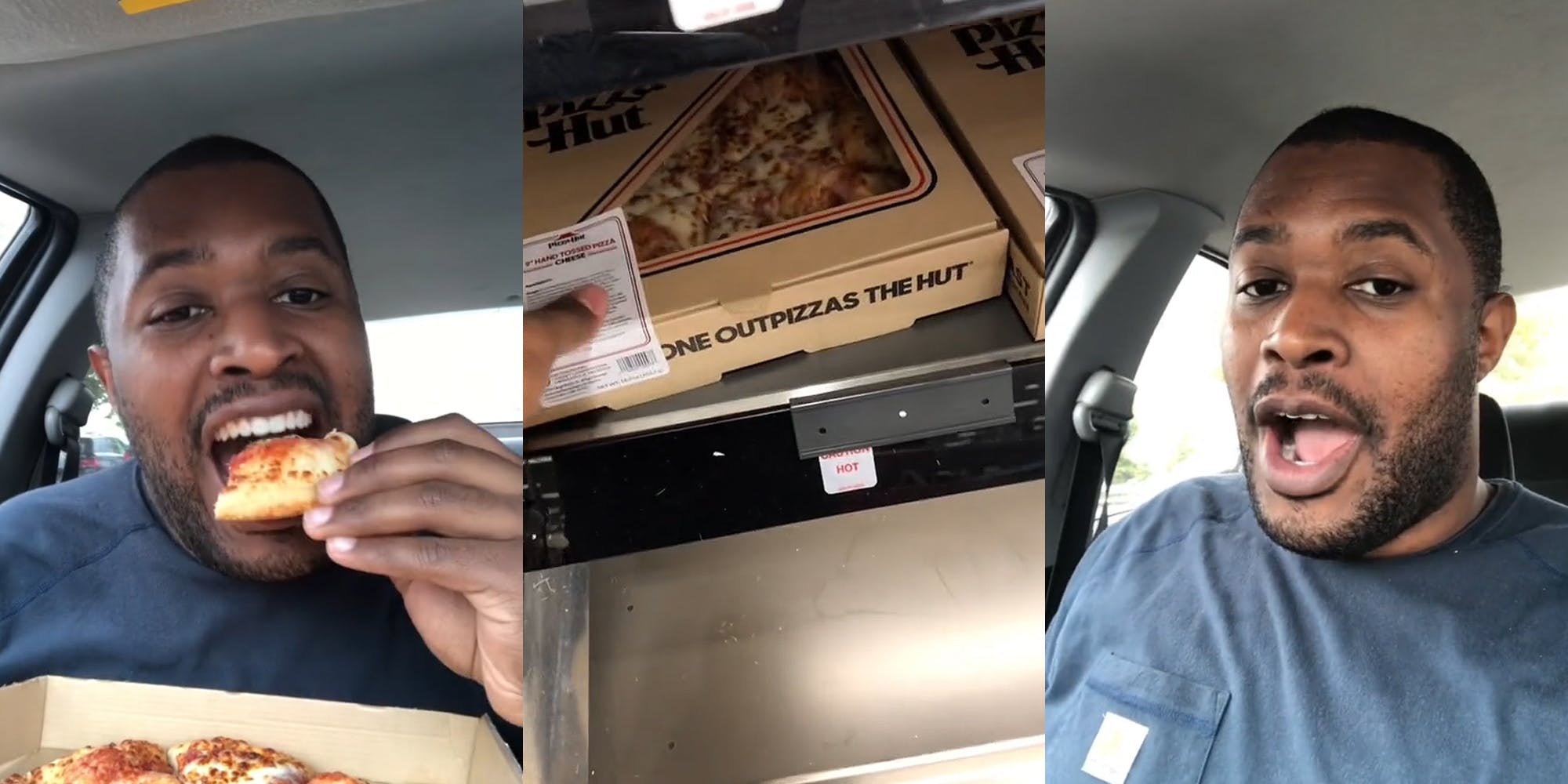 Once upon a time, Pizza Hut and Target had a partnership as solid as the store’s affinity for Starbucks. But after the pandemic and due to food delivery services, Pizza Hut locations in Target stores had a phaseout. Now, the stores have limited dining options, with grab-n-go food and snacks available for take-out.

In a viral video, TikToker Roderick (@rodericks.world) took his followers on a nostalgic journey to the popular retailer to pick up some take-out food.

“Y'all know what I got a taste for? A personal pan Pizza Hut pizza from Target,” he says in the clip.

Roderick walked into the Target in Madison, Alabama, and noted that the pizza was fresh. He took a bite once he made it back to his car, and also grabbed a strawberry lemonade. In the caption, he gave the pizza a 10/10 rating.

In the comments section, users took a trip down memory lane.

“Do you remember earning a coupon for these in Elementary school by reading books?” one user asked, to which Roderick replied he remembered.

“Targets around me don’t sell them anymore! It’s downright disrespectful!” another wrote.

“They better than the real Pizza Hut,” a third user commented.

"They definitely hit different," another wrote.

The Daily Dot reached out to Roderick via TikTok comment.

NY-3: the battle for Queens and Nassau County

Today24.pro
US chess star ‘likely cheated more than 100 times’ – investigation 7 MUST-DO Biceps Exercises for Bigger Arms A 34-year-old coder quit his $300,000 job at Stripe to build up his after-work project. Here's why he's convinced it was the right thing to do. 7 Perfect Pear Recipes from Savory to Sweet