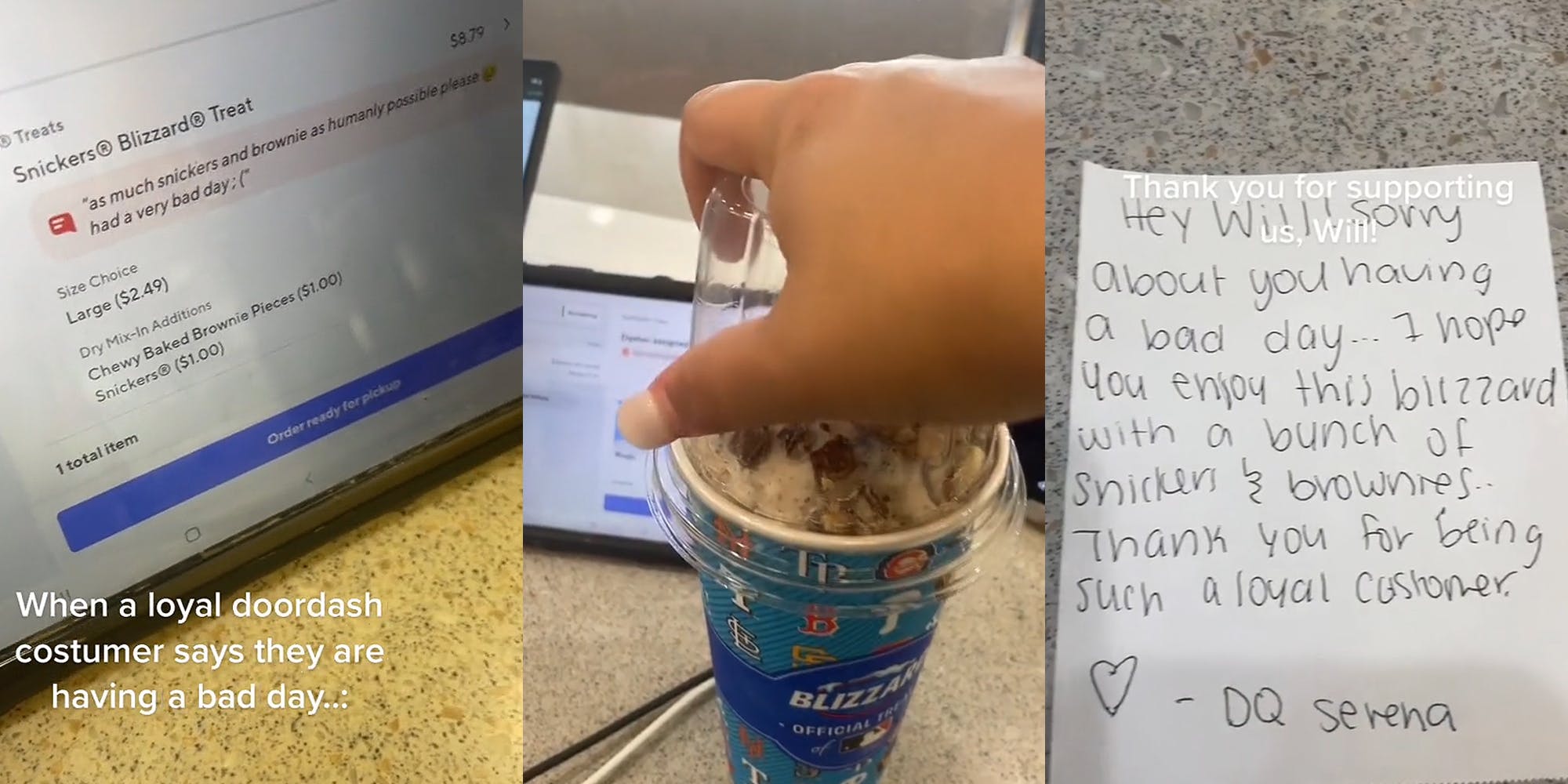 A Dairy Queen worker shows themselves preparing a special Blizzard, with extra toppings, for a frequent DoorDash customer who said they were having a "bad day," sparking debate in the comments.

In the video posted by the Troy, Michigan, Dairy Queen TikTok account (@troy.dairyqueen) on Aug. 20, the worker Serena shows a clip of the DoorDash order on the tablet. An attached special request reads, "as much snickers and brownies as humanly possible please I had a very bad day ;(."

The text overlay reads, "When a loyal DoorDash customer says they are having a bad day." In the clip, the worker shows themselves putting multiple scoops of snickers and brownie toppings in the Blizzard before writing a note to the customer.

"Hey Will! Sorry about you having a bad day... I hope you enjoy this blizzard with a bunch of snickers and brownies. Thank you for being such a loyal customer! - DQ Serena," the note reads.

The clip has reached over 120,000 views as of Sept. 20, with commenters applauding the worker for recognizing the frequent customer's name and the "sweet" gesture.

"On a horrible day this probably was just the thing," one user wrote.

"This was so sweet of you. It would’ve made my day for sure!" another said.

"I would cry if I received this! This is so kind," a third added.

However, others were shocked that the worker even read the order notes, saying that they don't receive as many toppings as they want even when they purchase extra at Dairy Queen.

"Meanwhile the places around me literally never read my order notes," one commenter said.

"This is what I mean when I say extra extra in mine and I’ll pay the cost lol but they never do it," another wrote.

The Daily Dot reached out to the Troy Dairy Queen TikTok account via email.

The post ‘This is what I mean when I say extra’: Dairy Queen worker makes special Blizzard for loyal DoorDash customer who says they’re having a ‘bad day,’ sparking debate appeared first on The Daily Dot.