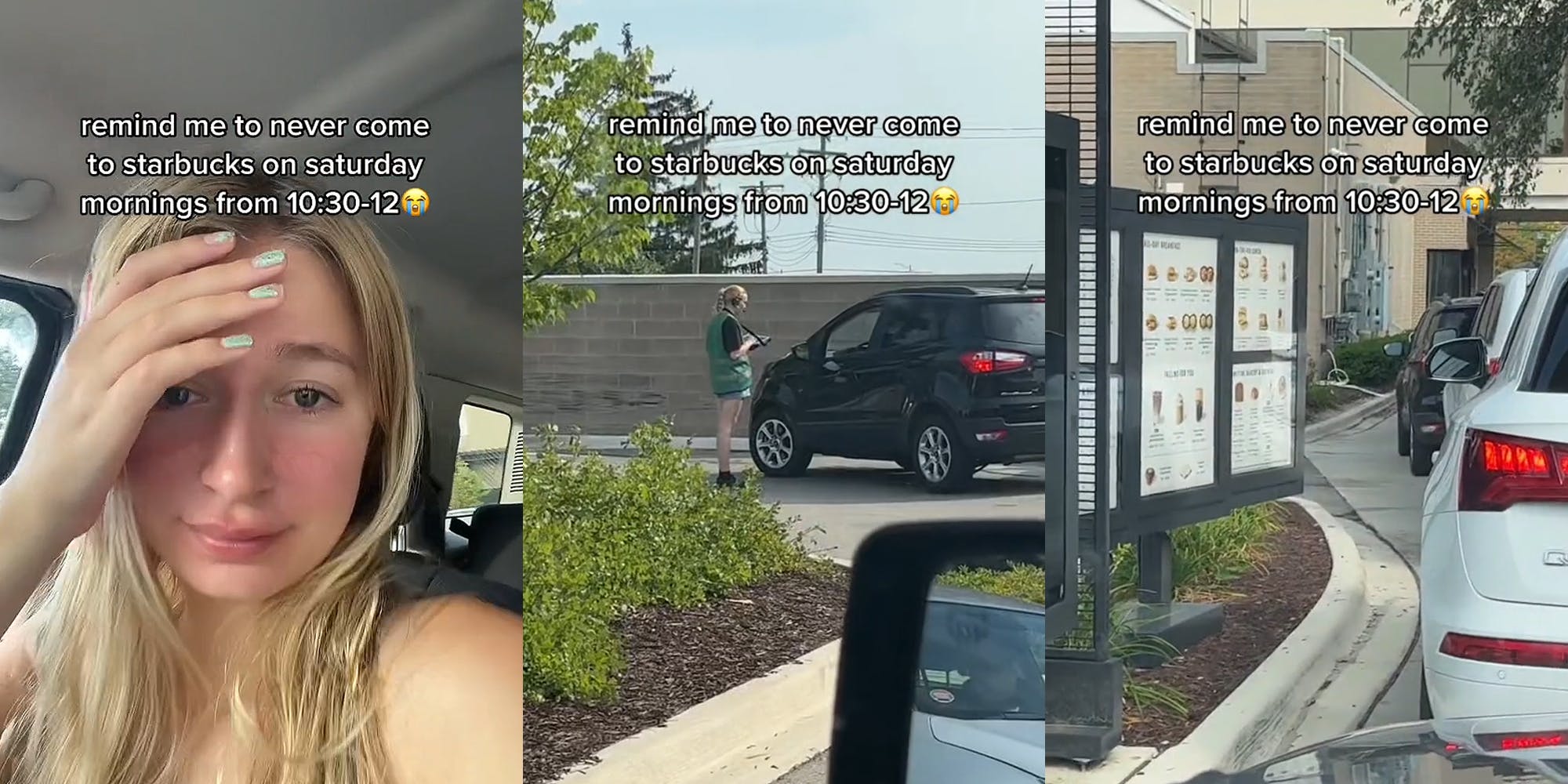 A woman went viral on TikTok after capturing how busy Starbucks gets on Saturday mornings from 10:30am to 12pm.

User Anna (@annalovescoffee) is a Starbucks barista who creates Starbucks content videos, mainly giving hacks on making Starbucks drinks from home. This time, Anna posted a five-second clip of her waiting in the Starbucks drive-thru for a drink. She films the bumper-to-bumper packed drive-thru line, with Starbucks baristas taking orders outside on their tablets. The text overlay explains the packed drive-thru, reading, “remind me to never come to starbucks on saturday mornings from 10:30-12.” The final scene cuts to Anna sipping her drink, having survived the long line.

"Chick-fil-a style workers," Anna added in the caption, referring to the baristas taking orders outside.

The video amassed over 97,000 views as of Tuesday, with many viewers in the comments section criticizing Anna for a variety of different reasons.

“Girl you’re a partner you should know this peak,” one viewer criticized.

“This is why you do mobile order ahead girl,” a second wrote.

“What did you not know we do that now?! I hate it, when it’s hot and I have to just stand outside,” another stated.

Other people resonated with the video, sharing their experiences with Starbucks’ notoriously long lines.

“LITERALLY ME THIS MORNING,” one person agreed.

“I store was terrible too yesterday which was weird bc it’s so small,” a second commented.

“Bro we had to do the chick fil a style drive thru thing today,” a third said.

Starbucks is the largest coffee chain in the world, known for its sugary, high-caffeinated drinks, and is almost always constantly busy. So, when is Starbucks at its busiest? According to the food blog Foodly, Starbucks’ peak times during the weekdays are 7 a.m.-9 a.m. when busy people are fetching their morning beverages to kickstart their morning. In addition, there’s another peak time at 2 p.m., typically when kids are out of school.

However, there is a time when Starbucks is at its slowest. According to the same blog, Starbucks’ slowest time is the early mornings on weekdays. These aren’t guaranteed and vary by location.

The Daily Dot reached out to Anna for comment via email and TikTok comment and to Starbucks via email.

The post ‘Remind me to never come to Starbucks on Saturday mornings’: Starbucks barista shows what it’s like to be a customer during peak hours appeared first on The Daily Dot.

I tried chicken fingers from Chick-fil-A, Zaxby's, and Raising Cane's, and a beloved chain let me down