VIEWERS of The One have been left baffled after watching a new interview with Spice Girl Mel C.

Mel, 49, appeared on Tuesday’s instalment of the teatime show to chat about her upcoming autobiography.

But as she recounted a story about attending a Silver Jubilee street party as a small child, fans were left scratching their heads.

Some viewers found themselves baffled to the whereabouts of Mel C’s Liverpudlian accent.

Writing on Twitter, one said: “Cracks me up listening to mel c talk, her accent completely went?? Listen back she was so scouse ( even though she was fro widnes)! Definitely fake accent!”

Another chimed in: “Why oh why is @MelanieCmusic speaking with a posh accent on #TheOneShow ? Is she not proud of her scouse roots and accent?”

READ MORE ON THE ONE SHOW 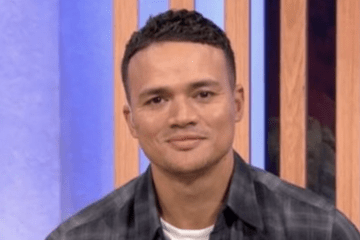 I'm the opposite to Alex - here's what it's like working with her, says Jermaine

However, others were quick to defend Mel – aka Sporty Spice.

A second added: “Erm she’s v proud but has lived down south for 3/4 of her life now.”

Mel C was seen chatting to One Show hosts Emma Willis and Jermaine Jenas about her life to promote her book.

She began by recalling her celebrations for the Silver Jubilee aged just three.

Mel told the pair: “Thats actually one of my very first memories growing up.

The singer then went on to talk about a exciting ecounter the Spice Girls had with the Royal family at Highgrove Castle.

Mel revealed that Prince William and Prince Harry made the band peanut butter on toast after being invited there for afternoon tea in 1998.

Trump threatens to sue Jan. 6 Committee for not investigating vote fraud claims debunked by his own officials