DESPERATE not to be sunk by the cost-of-living crisis, Georgia Hunt and partner Kieran Pearson decided to jump ship.

Ditching their city-centre one-bedroom apartment in Nottingham, they moved into a 52ft ­narrowboat.

There is no central heating or bath and it is impossible to stand up in parts of the boat.

But the couple have halved their previous bills and are saving more than £1,160 a month.

And the pair have a potential £34,000 profit on their floating home — which they bought using £21,000 savings, then renovated, naively increasing its value.

Georgia says: “People might say we are mad to leave behind the comfort of our nice pad, but the boat is really great and we are saving £13,000 a year. 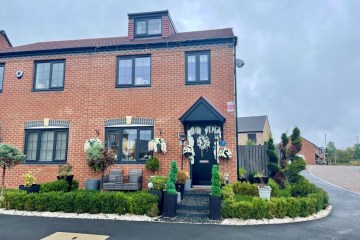 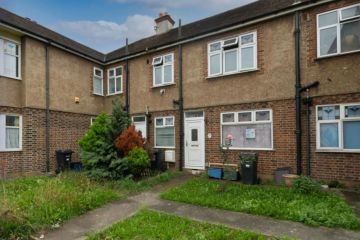 “We also have a further saving of £2,000 as Kieran sold his car, as no extra transport is needed because our home now moves.”

PR worker Georgia, 25, and crane operator Kieran, 24, switched to their boat last year after growing sick of paying rent and fearing the spiralling cost of living.

Georgia was studying English Literature and Media and Kieran was on a Sports and Exercise Science course when they met at Nottingham Trent University. The pair had saved up by working through the final year of their degrees and being thrifty.

They painted the entire boat, changed the flooring and installed a new cooker, fridge, sofa and ­toilet as well as changing the curtains and light fittings.

The cosy narrowboat, which is moored at moored In Birmingham, even has a television with Netflix and Amazon Prime.

And now the couple are reaping the rewards with fewer overheads.

Georgia, from Birmingham, said: “Our rent used to be £615 each a month, electricity around £60 and there were other bills too.

“But after price rises, now it would all be around £1,000 each a month and that doesn’t include food or petrol.

“We have made huge economical changes to our way of life.

“Now we have solar panels for electric. There are no water bills as it is covered with the mooring cost, and no gas bill because there is no boiler. All of the heating is from a wood stove burner, which even heats our water for showers.

“We have to buy wood for the stove every so often, which is about £5, but my dad usually gives it to us for free. We even have free use of a washing machine with mooring costs, and vacuuming the whole home takes about ten minutes.”

But there are things Georgia misses from her old lifestyle.

She says: “I do miss having a nice hot bath. And in the winter I’ll miss being able to simply flick on a radiator.

“It’s a pain that we have to wait up to an hour to get heat from the wood stove burner as we have copper pipes that run along the boat to heat us.

“I also miss having a full-length mirror, but there are facilities for this where we moor that mean I can still get dressed up.

“Everything is plumbed into the boat. When we had the renovations I wanted to make sure we had a proper toilet which was plumbed in, rather than caravan toilets that you empty at a chemical waste point.

“We also have a fully plumbed- in hot shower, heated by an immersion heater and we have a cosy double bed in our bedroom.

“We have storage sections under the bed, and sofa, which are super-handy.”

The couple enjoy a new freedom on the waterways.

Georgia says: “The best thing about the boat is having the liberty to move anywhere we please.

“It is such a cool, alternative way of living and allows us to see way more of the UK than ever. Our best journey has been the move from Nottingham to Birmingham, which took four days.

“But it’s not always easy. My biggest mistake was losing control of the boat on a really windy day on the River Trent and being pushed sideways, nearly hitting a river bank.”

Rather than miss nights out with mates, the boat has given the couple an unusual social life.

Georgia says: “Our marina has a designated garden for each mooring spot, so we have friends around a lot for barbecues and for boat days out.

“We have had a summer boat party where we take about 12 of our friends to Birmingham city centre on the boat. It took a few hours to travel around, and we did a pub crawl.”

We really wanted to stop paying rent and instead own something. Rent feels like throwing money away, so this is our dream.

The couple are happy with their money-saving lifestyle.

Kieran, originally from Nottingham, says: “We paid for the boat by working through our last year of uni — meal planning, shopping at budget supermarkets and not going out.

“We really wanted to stop paying rent and instead own something. Rent feels like throwing money away, so this is our dream.

Georgia adds: “I cut my wardrobe in half and gave most of it to charity, as there was nowhere on the boat to store it.

“I ditched all of my dresses and heels for practical ‘boat clothes’ from charity shops like jumpers and baggy trousers. I prefer to wear these as I don’t mind them getting ruined while I do jobs such as opening the canal locks and engine maintenance.

“Our puppy, Ted, lives on the boat with us. He wears a little life jacket and he has a bed on the top of the boat when we’re travelling. He loves it.

“I’ve learnt many skills since living on a boat. Before we moved, I didn’t know how to change a light bulb and now I can use a spanner to tighten loose parts and fix the boat if it needs maintenance.

“We have a campfire every week with other people at the marina, which is really nice.

“We all bring our camp chairs and food and spend the night around the fire together. It’s a great life on here.”

98.3 TRY Social Dilemma: Is it okay to return clothes to the store that you've already worn?

'The name of the game is delay': Legal expert accuses Judge Cannon of 'calling every ball in Trump’s favor'